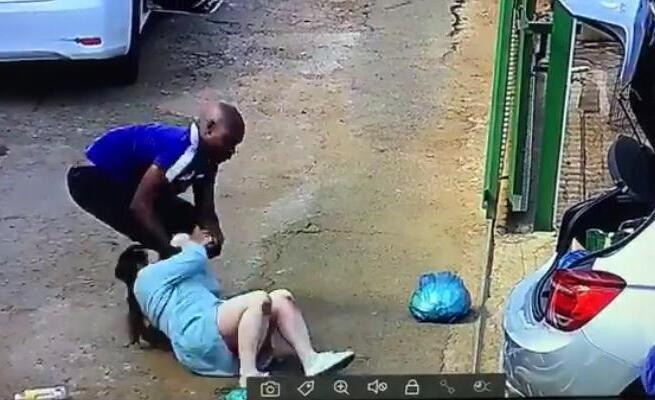 Gauteng police have arrested a suspect in connection with an alleged robbery which took place in Bruma, east of Johannesburg, on Sunday.

The alleged robbery was filmed on CCTV footage and went viral on social media this week.

The video purportedly shows a Chinese woman standing at the boot of her BMW vehicle, having a sip of a drink which was in her hand.

While enjoying her drink, the woman is approached by the suspect, who wrestles her to the ground, pouncing on her, in an attempt to flee with her handbag.

The woman, who had driven into her driveway and had her boot open, is seen trying to hang onto her bag desperately.

The brief squabble between the suspect and the woman ensues for several seconds as the woman tries in vain to fight off her attacker. The suspect eventually manages to snatch the bag from the woman and he flees into a getaway vehicle, a white Toyota Corolla.

“A Zimbabwean national is expected to appear before the Jeppe Magistrate Court on Monday 25 November 2019 after he was arrested in Cleveland on Thursday evening 21 November 2019,” she said.

CCTV time stamps showed that the incident took place on Sunday afternoon, at about 3pm.