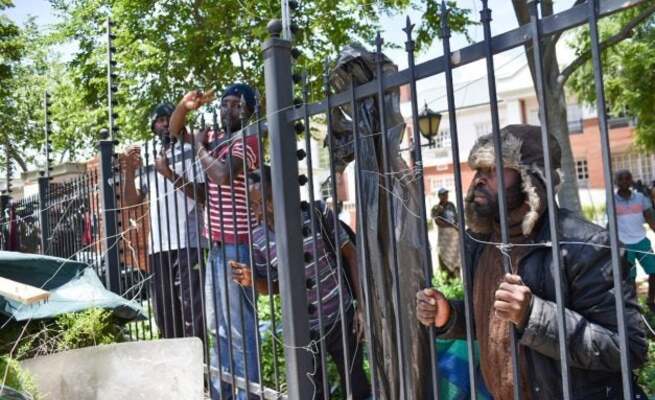 Refugees have moved onto United Nations Refugee Agency premises, leading to a charge of trespassing being laid.

The United Nations Refugee Agency (UNHCR) in Pretoria laid trespassing charges against refugees who moved onto the organisation’s premises on Wednesday, leading police arriving to remove them.

The refugees are resisting their removal at the time of this story being published, with some heard stating that the police can only “remove them in coffins”.

Some have continued to move their belongings onto the UNHCR premises.

Following efforts of police to remove refugees from along the side of the road at UNHCR, some of the refugees jumped the fence.

Police have since confirmed that this action has led to the trespassing charges and them being sent to remove the refugees.

It has been estimated that there are 620 refugees at the Pretoria offices.

Efforts to contact the UNHCR have been unsuccesful thus far.

The High Court in Pretoria on Wednesday ordered that the refugees must vacate the area within three days.

The refugees have been living in tents and other structures and on pavements since the beginning of October, demanding help in being relocated to other countries due to fear of xenophobic violence in South Africa.