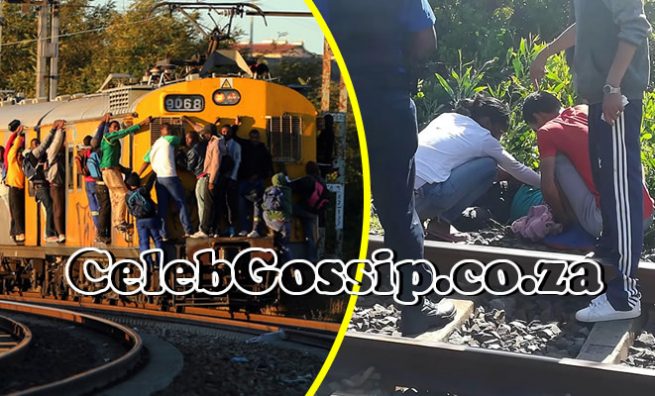 A 15-year-old boy has fallen to his death from a moving train after apparently hanging from a carriage door.

The boy was returning from a trip to the beach with friends on Saturday afternoon when tragedy struck just metres from Steenberg station.

The teen, who was in Grade 7 at Floreat Primary School, had apparently been playing on the rail on the outside of the carriage door when his hand slipped and he fell, just short of the platform.

The teen fell on his back and rolled, he was bleeding from the head, mouth and nose.

Ashwin Thomas, who lived in Flute Street, Steenberg, was surrounded by friends, neighbours and his twin brother, who had been in the same carriage.

Paramedics were called to the scene, but the fall had already killed Ashwin.

A neighbour spoke to the Daily Voice, saying the family is traumatised.

“He left the morning and they ended up in Kalk Bay,” Quanita Williams tells the Daily Voice.

“The kids like to swim and they go on the trains, provided they stay in a group. Ashwin’s twin, Ashton, was in the same carriage and got a skrik when he heard people screaming and also ran to see.

“He got off the train and saw his brother lying there and his friends crying. He is destroyed and we are very sad.”

“A death inquest case was opened for investigation after a 15-year-old boy fell out of a moving train,” she said.

“The victim died on the scene due to his injuries. The incident happened at 3.30pm. Circumstances are under investigation.”