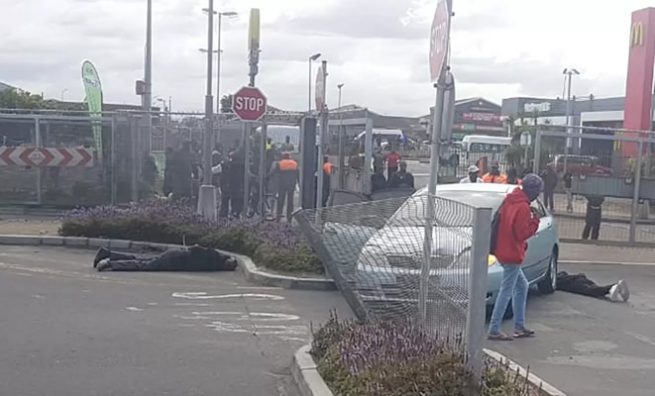 People were running and screaming as the shots rang out and police managed to shoot and injure two suspects, and the other five were arrested.

The stolen loot was recovered.

MTN’s spokesperson, Mthokozisi Ndlovu, confirmed that the store was robbed of handsets.

“Post-traumatic counselling for the employees and customers that were present during this incident has been arranged.

“MTN cannot comment any further on the matter as the case is now under police investigation,” Ndlovu said.

“Police members attached to Mitchells Plain responded swiftly and stopped robbers in their tracks following a business robbery that was perpetrated at a cellphone shop in a mall in Mitchells Plain,” she said.

“The members attended to the complaint and upon their arrival, they saw the robbers leaving the store.

“A shootout between police and the robbers occurred and two suspects were shot and injured.

“They were transported to a hospital and are under police guard.

“Seven suspects, aged between 20 and 40, were arrested and two firearms were recovered.

“Once charged, the suspects are due to appear in the Mitchells Plain court.

“The property that was robbed by the suspects was recovered on the scene.”