Home General News Drama as Father-in-law falls head over heels In love with Makoti after... 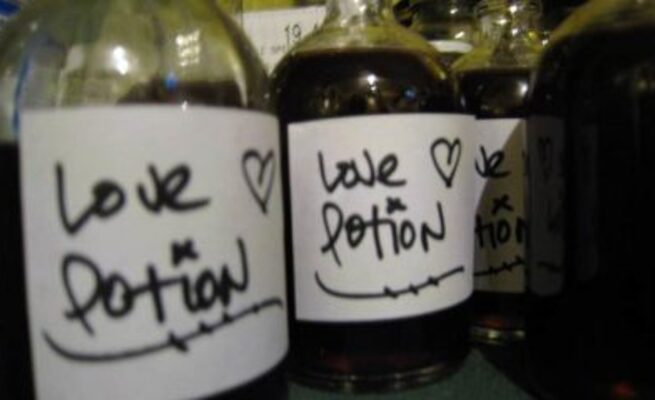 Father in law head over heels in love with son's wife after eating love-potion meant for son. According to  Daily sun, Nthabiseng Mthembu (33) regrets her scheme to dose her husband with love potion after her 63-year-old ingested the portion and consequently, fell in love with her.

Speaking to the publication, Mthembu said that her father-in-law was now pestering ever since the incident.

The woman’s efforts to salvage her marriage already in shambles by sprinkling love of potion in her husband’s meal backfired after her gluttonous father-in-law showed up unexpectedly and dished up for himself. As a result, the hapless father-in-law has fallen head over heels for his son’s wife.

”I was so disturbed. I realised he ate the love portion that was meant for my husband. He ate and even licked his fingers. He gave my cooking the best compliment, saying I was a true makoti. My husband even asked me why his father was checking up on me so much. He told me he loved me and asked me to leave his son. He told me he couldn’t stop thinking about me,” she said.

Mthembu also added that she later confessed to her husband about everything after visiting the sangoma who had given her the potion and told her to bring her father-in-law so he would be treated. ”I called my husband and confessed everything. He was angry but understood and forgave me,” she said

However, the couple’s efforts to take the victim to the Sangoma have been futile as he has been refusing. ”I’ve tried to trick him, but when we arrived at the sangoma’s house he ran off. I’ve stopped him from coming to my house, but he comes anyway. We need help,” said Mthembu’s husband. Efforts to get in touch with the sangoma were not fruitful.