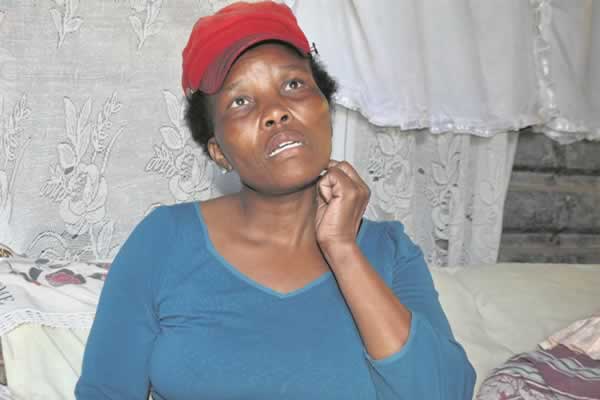 MAPITSO Makaekae (46) has been living a sad life since she was labelled a zombie for not having a boyfriend.

Mapitso, a single mother of three from Khayelitsha in Mangaung, Free State, said the father of her children left her seven years ago.

“Since then, residents have been spreading rumours about me,” she said.

Mapitso said her troubles began when something that looked like a woman in a pink dress and high heels started terrorising residents at night.

“I had no man so people thought I was the scary woman,” she said.

Mapitso said she is comforted whenever she reads Deuteronomy 20:4. The verse reads: “For the Lord your God is the one who goes with you to fight against your enemies to give you victory.”

However, she said the rumours made her feel like an outsider.

“I have been to the cop shop to report the matter and a few people have been warned.”

A resident said: “She is always locked up in her shack and that is strange. I believe she is using something to chase away men. Her behaviour resembles that of a zombie.”

Mary Malebo, another resident, said: “At night we hear the crying woman who runs around our
kasi.

“We didn’t say it was her, but we wonder why she has not dated for so many years,” said Mary.

“She has to open up about her problem. Maybe the women in her community can help her.”

She said: “If there isn’t any violence, she can open a case of defamation of character.”