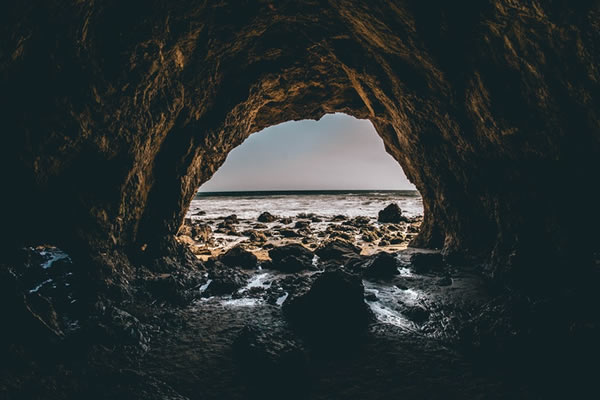 Tina Vanezis expected to find rubbish when she went to clean up a cave on her smallholding in Hennops River Valley – not two badly decomposed bodies.

The gruesome discovery came after Vanezis had been trying unsuccessfully for the past four months to evict a trespasser who was living in the cave. The bodies are believed to be those of two missing members of the Zion Christian Church (ZCC).

A police officer on the scene on Tuesday said both bodies were fully clothed. “One is wearing a khaki ZCC jacket and next to them was a ZCC cap. One is sitting half right up and lying over the body of the other.”

The men’s shoes had been removed and were found next to them‚ the officer said.

“We also found a dagga joint which was smoked halfway.”

When reporters arrived at the scene‚ police and members of the local criminal record centre were waiting to be taken into the cave – about 100m from the main road – to retrieve the bodies. There was a strong stench coming from the cave and flies were hovering around the entrance. The officer said it was not yet known how the men had died. “There were too many flies and a lot of fluid around them.”

It was also not immediately clear whether there was any link between the bodies and the cave’s previous occupant. Vanezis said she had visited the cave because she thought the trespasser had left.

“We have been trying to get rid of him for four months. He came originally with another two guys, then when we told them they were trespassing‚ they were very aggressive and threatening to us.”

She then asked the police to remove the men from the property.

The police came to remove the men‚ but they were released the same day and went back to the cave‚ Vanezis said. The cave is one of at least three the police were reportedly searching on Tuesday.

“Based on information we have‚ we strongly believe that there are more bodies in this cave system‚” an officer said, adding that police had received other reports of missing ZCC members.

Police spokesperson Captain Augustina Selepe said only two bodies had been found so far in the cave.

“We are waiting for the search and rescue team to finalise their duties. As soon as they do that we will be able to indicate how many bodies and what the motive was.”
The ZCC’s spokesperson could not be reached for comment.