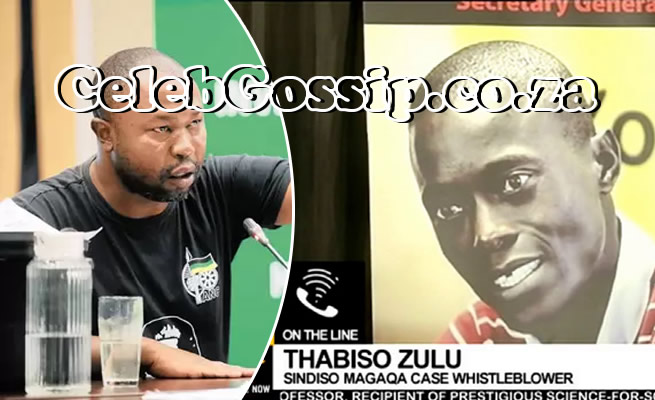 KwaZulu-Natal police have opened a case of attempted murder after whistle-blower and friend of slain Umzimkhulu councillor Sindiso Magaqa was shot on Saturday night.

KwaZulu-Natal police spokesperson Brigadier Jay Naicker said Thabiso Zulu, who has previously testified at the Moerane Commission of Inquiry which investigated political killings in the province, was ambushed by unknown gunmen on Saturday night.

“Police received a report that last night the victim was walking along Thokoza Road with his friend when a vehicle stopped and three men alighted from [it] and started shooting at them. The victim was shot on his left upper arm.”

“The victim was taken to hospital where he was treated and discharged. At this stage police are trying to locate the victim.”

Thabiso Zulu told the African News Agency (ANA) that the threats to his life had finally culminated in what he had feared most.

“They got me, but the struggle continues. I am weak and feel betrayed by the state,” Zulu told ANA on Sunday morning.

The ANC member and anti-corruption activist was shot and wounded in the arm on Saturday night in the Copesville area in Pietermaritzburg.

He was treated in hospital and it is understood that he has already been discharged. According to Zulu's friends, who asked to remain anonymous, he is in "a safe location". Police have confirmed the shooting.

“Our people must continue to fight against corruption, no matter the price, for the sake of future generations,” Zulu told ANA.

Zulu and fellow whistleblower Les Stuta made national headlines at the funeral service of Magaqa, a former African National Congress Youth League secretary general, when they told mourners Magaqa had been assassinated for uncovering tender fraud related to a community hall in the uMzimkhulu area.

Zulu made the same allegations when he appeared before the Moerane Commission, which was tasked with investigating the causes of a spate of political killings in KwaZulu-Natal since 2011.

Magaqa, a PR councillor at the time, was shot, along with colleagues Nontsikelelo Mafa and Jabu Msiya, in the uMzimkhulu area in July 2017 and died in hospital in September 2017 due to “complications from multiple gunshot wounds”, according to police.

Mafa and Msiya both survived and were placed under police protection.

Since Zulu and Stuta first made public the allegations of corruption, they have had to contend with multiple death threats. After approaching police for assistance and allegedly being pushed from pillar to post, Zulu eventually approached public protector Busisiwe Mkhwebane for help.

In her report, Mkhwebane found that the conduct of Police Minister Bheki Cele and police constituted improper conduct “ … and undue delay, gross negligence, and maladministration”.

Mkhwebane’s remedial actions included that both men be given state-funded protection and that President Cyril Ramaphosa reprimand Cele. Cele has taken the report on review and Mkhwebane is opposing.

Sibonelo Myeza, Mbulelo Mpofana, and Mxolisi Ncalane were arrested for allegedly being part of the conspiracy to kill Magaqa. Their trial has seen several delays and was earlier this month postponed to April 2020.

Magaqa’s family have publicly stated that they do not believe the “mastermind” behind the assassination has been arrested.

The mayor of Harry Gwala District Municipality, Mluleki Ndobe, was arrested and charged with murder and attempted murder in March for allegedly being part of the plot, as was uMzimkhulu municipal manager Zweliphansi Skhosana. The charges were provisionally withdrawn against both men due to lack of evidence. Zulu is not on the list of witnesses set to testify at the trial.