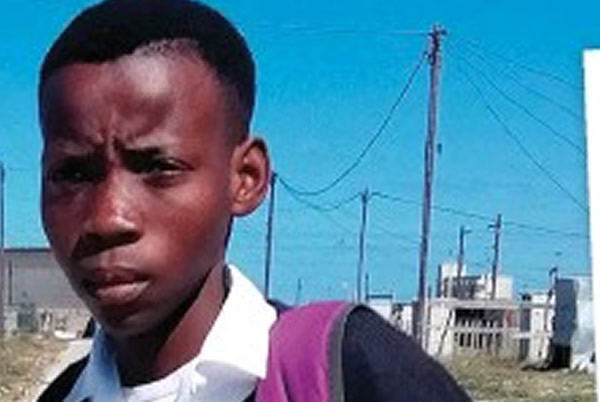 Yanga Shongwe (16) from Qaqawuli, Port Elizabeth is feeling out of place in his own home, during the time when his age mates are at school, he finds himself holed up at home. He recently opened to Move magazine regarding his ordeal.

He would have joined the bandwagon of pupils heading to Thubelihle High School few months ago, but now he can’t go anywhere, as his life took a painful twist after he lost his left kidney and part of his liver following an incident of bullying at school in April 2019.

THE DAY HIS LIFE CHANGED

On the fateful day, Yanga was with a friend playing with rocks during break-time at school when the bad incident that would change his life for the worst happened.

“Suddenly a boy came to me and beat me up. I fell down and he jumped on the left side of my stomach while I was on the floor. Other boys stopped him and took me to the secretary’s office. I was dizzy.

“The school called an ambulance, but it took too long. Other learners carried me to a nearby clinic. At Tshangana Clinic I was also told to lie on the floor as my left side of my stomach kept on swelling. After that, I don’t know what happened,” he said.

By the time his aunt, Nomonde Makhubalo (46) came, she found him at the clinic, lying on the floor and in pain.

“The nurses said they were waiting for an ambulance. Luckily, it arrived and he was admitted to Livingstone Hospital. The X-rays showed that part of his liver was damaged and had to be removed. After five days he was released. But doctors said he can’t go back to school until he’s properly healed or he could get an infection. He can’t even play soccer,” she said.

He has been out of school for the greater part of the year. “Every day, Yanga wants to know when he can go back to school. He wakes up every morning and watches his schoolmates.

“On two occasions he went without telling us. But he was turned back by teachers saying he must come back when he is healed. I can see he’s hurt,” she added.

His family demanded action from the school after the incident.

“But the school said they can’t force him [the alleged bully] to come back to school. They claimed that since the incident the boy hasn’t been back at school because he was scared.

“We also visited his home with the New Brighton Police. But his grandmother said he is no longer living with her. His parents had taken him. She refused to give the cops his new residential address,” Nomonde said.

The boy's grandmother, said her grandson is now living with his parents in Jeffreys Bay.

“His parents panicked after the incident and requested that he stay with them,” she told Move.

Nomonde said what worries her the most is that the alleged bully wore hard safety shoes at school, the reason why Yanga ended up with a damaged liver.

When contacted the other boy’s mother defended why she gave her son safety shoes.

“She said she bought him those shoes because he wore through his shoes quickly. She didn’t take any responsibility for her
son’s actions. She didn’t even help with bus fare as we are solely dependent on Yanga’s foster care grant,” she said.

At the time the family was trying to get justice for him, Yanga experienced other complications.

“Since his liver surgery, Yanga became very sick. He lost his appetite. When I took him for check-ups at Port Elizabeth Provincial Hospital, he could no longer walk the long distance.

“He complained of pains on his left side. I told the doctors and they then discovered that his left kidney was damaged. It was removed on 4 October,” Nomonde added.

Yanga is an orphan, he lost both his parents to illness, his aunt, her husband and son are his only guardians.

“I spend most of my time watching TV and playing games on my cell phone. I was a soccer player, but doctors say I can’t play anymore. It was my dream to become a lawyer. But I can’t achieve that without education,” he said sadly.

Nomonde’s husband, Mazizi Makhubalo, told the magazine that Yanga’s so hurt, and the family can’t listen to Rebecca Malope’s songs anymore as they make him cry.

“Before this incident he was a happy boy. This has left him with physical and emotional scars. Being at home every day is killing him,” he said.

The Eastern Cape Department
of Education spokesman, Malibongwe Mtima, confirmed the incident and said they engaged both sets of parents about the issue.

“According to the school principal, he found Yanga lying on the floor. Yanga told him that he was kicked by another boy. He was taken to the clinic. He was left at the clinic with his aunt while the mother of the other boy didn’t to come to school, citing work commitments,” said the official.

“It is also being alleged that the grandmother said that Yanga’s family threatened to burn down her home.
Since then he never came back to school.

“His guardian distanced herself, claiming that she was only the grandmother,” added the official.

“We called the boy’s biological mother in the presence of Yanga’s aunt. They agreed to meet but they failed to solve it.

“We realised there was no resolution when police visited the school looking for the boy as Yanga’s parents were pressing charges.

Police were yet to open a docket. “When a case involves minors, we don’t normally open a case because they are kids. We only act once the education department instructs us to after completing its disciplinary action processes,” police spokesperson Captain Andre Beetge explained.