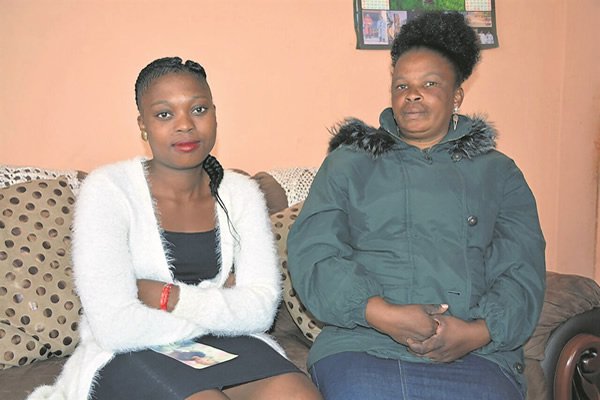 She said she was told she had been stabbed and a body was brought to Smangele to bury.

Now her daughter Snegugu has come back. But the young woman doesn’t remember who she is or who Smangele is.

At the time of her alleged death, Smangele, from Zonkezizwe near Katlehong, Ekurhuleni had doubts but it was her word against that of her relatives, who insisted it was her daughter. She said she went to Home Affairs five years ago to get a death certificate but it couldn’t be traced.

For all these years Smangele, a Shembe church member, has been praying for answers.

Smangele told Daily Sun she and her husband identified their daughter by a birthmark on her left thigh and a scar under her right foot.

Daily Sun spoke to Snegugu, who said she can’t remember her mother.

Sangoma Dungamanzi Nyoniyasemanzini of Wattville, Ekurhuleni said it was possible the girl was treated with muthi so she couldn’t remember her real mother.

“People may also bring a different body to bury. This happens mostly when they wanted to turn a person into a zombie,” said Dungamanzi.

While the news team was there, neighbours came to see Snegugu and confirmed it was her.

“I confirm it’s her. She got the mark under her foot when she was cut by a broken bottle because she loved walking bare foot,” she said.

Unemployed Smangele is appealing for help so she and her daughter can go for DNA tests.