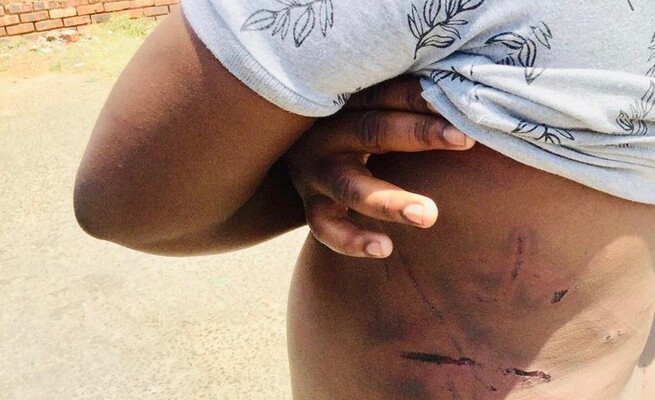 “We are living in fear. We do not know when they will strike next,” says Ashley Johnson.

Johnson, a Zimbabwean living in Pretoria, is nursing wounds after being attacked at a shop by a group of men who told him they were cleaning up drug dealing on behalf of Pretoria taxi associations last week.

According to witnesses, such attacks have happened three times in the last month. The men, who according to witnesses arrive in cars marked with the names of taxi associations, have been targeting shops along Eskia Mpahlele Drive, where many foreign nationals spend time.

“They claim to be doing a clean-up operation against drug dealers but the surprising thing is that they always take money, phones or anything valuable they can find,” says Johnson.

He says they accused him of selling drugs, grabbed him by the collar and pushed him out of the shop where he and his friends were spending time together.

Johnson is a cross-border trader who buys and sells goods in South Africa and Zimbabwe.

“When l told them that l was not a drug dealer, they became even angrier and searched my pockets taking out the R500 l had. They accused me of getting the money from selling drugs.”

Johnson says one of the men pocketed the money and continued beating him.

“They only let me go after l screamed in pain. My ribs still hurt even now.”

Johnson says two of his friends who were also beaten are recovering at home.

He says he has previously seen the men take people to a backroom in a nearby block, where the victims say they are beaten. Witnesses say they have seen some of the attackers at taxi ranks around Pretoria.

Nineteen-year-old Leeman Andire says he was one of those beaten with a sjambok last Wednesday. He showed GroundUp some wounds on his neck and back.

Andire, who lives in Zimbabwe, says he was sent by his family to South Africa to buy stock for a motor spares business they operate back home. He was having a meal with his brother when the men pulled him out of the restaurant.

“They said they wanted to teach me a lesson for selling drugs.”