Tshiamo Molotsane was just like any other 16-year-old who loved chilling out with friends, however, her mom, Veronica Wilson (46), was uncomfortable in letting her daughter go to trendy The Social Market in Tshwane, but Tshiamo (now 19) pleaded with her until she would relent. 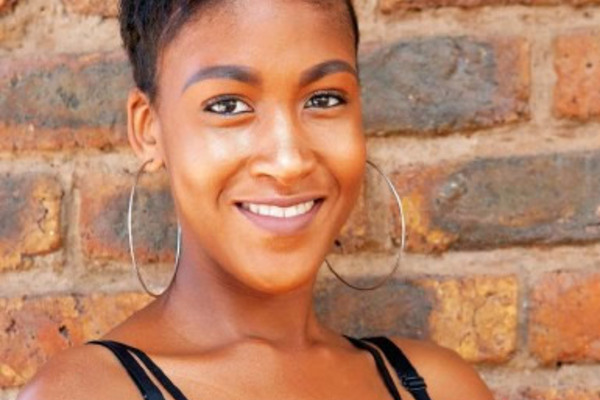 “The Social Market was one of those events that my friends always looked forward to but my mother was strict, so I had to beg her to attend,” she recalled.

Veronica had set some conditions for her daughter that she had to be home no later than 6pm. As if she was prophetic on what would befall her daughter, she was rightly possessive.

Tshiamo vividly remembers the fateful day when she was gang raped, while her friend watched.

It was on a Saturday, she and her friends went to the market and at around 4pm that same day they went to a friend’s home, were she was given a drink which quickly made her feel dizzy.

“Everything was spinning so I decided to go to the bedroom to take a nap. One of the guys there grabbed my arm and led me into the bedroom,” Tshiamo told DRUM.

Falling in and out of consciousness she was raped by four men, while someone she had considered to be her best friend stood by and watching.

When they finished with her, she was left to get dressed and she hurried home so as to beat her curfew, of being home by 6pm.

Once home Tshiamo cried and went to sleep, but did not share her ordeal with anyone until recently.

“I constantly asked myself why I had put myself in such a vulnerable situation.

“If a man hugged or touched me, even if he was a relative, I would say a mental prayer and hope he wouldn’t violate me in any way,” she told the magazine.

Tshiamo, who is currently studying at university, and her friend Molefiseng Tlou
(19) have since founded a non-governmental organisation (NGO) called She Spoke Organisation. It gives emotional and solidarity support to victims of domestic violence.

“Because I had experienced domestic violence and rape, I wanted to do something that would help my soul.

“Since the attack I live in fear for the safety of my mother and 10-year-old sister. My grandmother starts to panic if I have late classes and I just want to be able to live freely as a woman,” she said.

Tshiamo’s experience of rape and violence just highlights many other issues women in general are contending with. A year after the incident, she fell in an abusive relationship when she began dating a guy she’d known for a few years.

“I fell for him because he was such a nice guy. He cared so much for me and he was always there for me, so I was open to being in a relationship with him,” she said.

The early days of the relationship were good, but it didn’t take long for him to reveal a jealous, possessive and manipulative side.

“Two weeks into the relationship he became a completely different person. He would tell me to go to sleep early, he’d accuse me of flirting with other boys, he would go through my phone.

“At one point he posted on his social-media pages that I was a ‘loose girl’,” she said.

Physical confrontations, flared up, and he later apologized as the two began to mend the broken bridges, his behaviour only worsened and he began hitting her.

“We would be walking down the street together and if I looked at another guy, he would beat me. One day I went to the park with my friends, but I hadn’t told him I was going, so he set out to look for me and when he found me he beat me up in front of my friends,” she said.

The final strike came after he beat her so badly, and she had to get a protection order from the police to keep him away.

The assault came after she had quizzed him why he was posting lies about her on social media. Her parents who knew nothing of the abusive relationship cried when she told them.

“It made me lose myself. I didn’t know my worth and I thought it was all my fault.

“I had to come to terms with the entire situation and it wasn’t easy at all. It took me about three months to be at peace with what I went through. I’ve stopped blaming myself but I think I’m still a work in progress,” she added.

Her desire to help the other tormented souls led her to study for a degree in public governance and public administration with politics at North-West University.

She and Molefiseng founded She Spoke Organisation in July to support victims of domestic violence.

“I started this NGO because I wanted to grow as a person.

“I was getting so caught up in school and all the other things in my life that I was losing sight of was my desire to help people,” Tshiamo said.

Her goal is to educate and help women and children in South Africa who live with these horrific social issues.

“I want this organization to reach all the corners of SA because we live in fear on a daily basis,” she went on.

Tshiamo is also so passionate on following her mother’s trail and become a teacher.

“When I complete this degree, I hope to pursue my honours and then start another degree in education or psychology,” she said.

Meanwhile, she’s contemplating a march in her hometown to raise more awareness about violence against women.

“There have been so many people who come up to me and say I have inspired them to open up about their experiences with rape and domestic abuse.

“That is exactly the purpose of the organisation – for people to speak up and against gender-based violence,” she said, adding that it was not easy for her to terms with the ordeals.