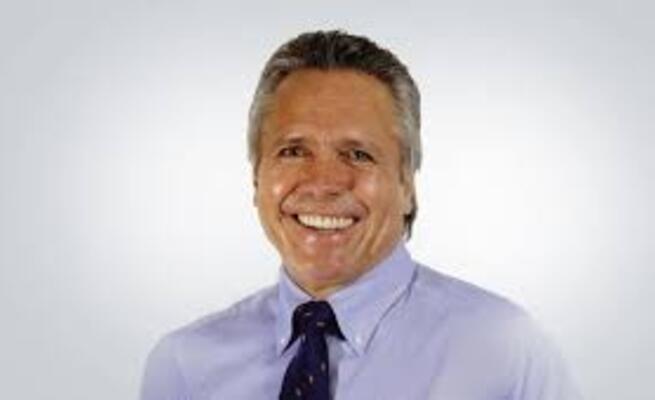 A private pathology report has reportedly revealed that former Bosasa boss Gavin Watson was already dead before he crashed his company car into a concrete pillar at the OR Tambo International Airport on August 26.

The Citizen on Sunday quoted an anonymous family member who confirmed the findings that were first reported by Sunday World.

This means that Watson's death was most probably not a suicide, as initially thought.


News24 earlier reported that a wallet containing R70 in cash was all that Watson had with him when he died in the horrific crash at OR Tambo International Airport.

Police officials who attended the scene also found his ID card and driver's licence, but there were no travel bags, passports or cellphones in the company-owned Toyota Corolla.

The accident occurred at about 05:05 on the road leading up to the drop-off zone of the airport. It is understood that the vehicle collided with the pillar of a bridge after Watson allegedly lost control.

The officer described the scene as "horrific".

Watson was supposed to testify at an inquiry into his tax affairs the day after his death.

His death led to much speculation that he had committed suicide or may have been murdered.

Corruption-accused former COO of Bosasa Angelo Agrizzi at the time said that it is "very plausible" that his recently deceased former boss Gavin Watson may have been trying to flee the country when he died.

According to the private pathology report, Watson's body did not show any signs of "significant trauma", such as facial injuries or significant bruising.

In addition, despite Watson's neck artery being severed, there reportedly wasn't enough blood found on the scene that would be consistent with such an injury.

The family member told the Citizen that it was believed that eyewitnesses may have been bribed to make statements contrary to what really happened.

Speaking to Power FM on August 27, a man identifying himself as Mphahlele described the scene that played out before him on the day of the accident.

"It is very sketchy, this thing happened in front of me. I was taking one client to the airport around 05:00 and there was this Corolla in front of me but I thought it was one of the Ubers or the shuttle companies. He was driving at a high speed. I thought maybe that person was running late to catch a flight.

"That Corolla was taking the far right [lane used for rental and underground parking at OR Tambo International Airport]. Then suddenly, in a split second, it goes straight to the pillar, then it turns around. Some bumpers were flying up, and to me it was someone who wanted to commit suicide. I don't believe in some other [conspiracy] theories," he said.

A cellphone belonging to Watson was moved around on the day he died. In an interview with Alec Hogg on Biznews Radio, Watson's nephew Jared said the phone was in Germiston and then in Bryanston – in the evening, at around 19:00.

"We went with the police to find the phone but they could only locate it to a radius of apparently 30 to 50 metres. So we looked around in the dark and we couldn't find it and then eventually we were no longer able to trace it," Jared Watson said.

This could explain why no cellphone was found in Watson's possession after he was killed.

According to the Citizen, the family member claims that the fact that there was no significant blood in the chest cavity, no significant blood from the neck, and dry brush abrasions, seemed to confirm what the pathologist suspected – that Watson was dead or that his heart was not functioning already before impact.

This seemingly rules out suicide, but the family has reportedly not ruled out foul play, saying while Watson may have died of a heart attack, the circumstances of the car crash remained suspicious.

The family member told the Citizen that the reports were preliminary and it would be best to wait for the final findings, which would include information such as toxicology data.
-dAILYSUN