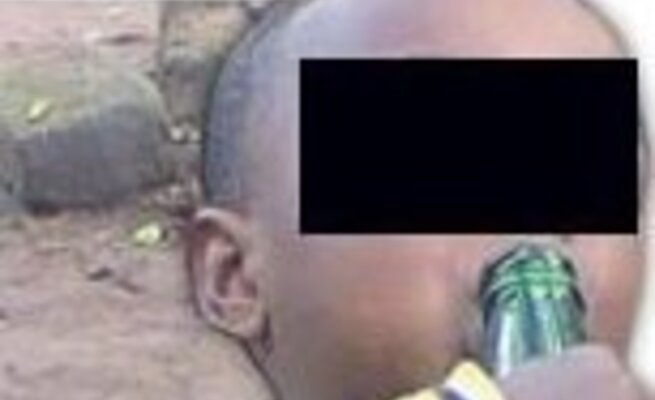 TODDLERS have started boozing and it’s nothing short of shameful.

This is according to the Association for Alcohol Responsibility and Education.

The association said a four-year-old was found unconscious in bed with an open bottle of rum next to her recently. She died a few hours after being rushed to the hospital.

The organisation’s CEO, Ingrid Louw, said drinking booze caused seizures and comas in kids. She said it made their blood sugar drop to dangerous levels.

Louw said although drinking too much was bad for anyone, in children it could cause unexpected problems. As kids are much smaller than adults, small amounts of alcohol could be very dangerous to them.

Louw said some kids interviewed by the association said they’d pour themselves drinks when their parents weren’t paying attention.

But some SunLanders said they didn’t see a problem giving kids small amounts of booze.

Nomsa Sibeko (70) said: “Kids are tiring at times, and some don’t even fall asleep when you give them allergy medicine or pain killers, so why not give them a bit of beer for a quick solution?

Thembelihle Mbatha (25) said when she lived with her gogo, she’d cry for beer.

“I hope parents stop giving their kids alcohol because they might become addicts very early.”

Marna Acker, an occupational therapist at Akeso Clinic in Mbombela, Mpumalanga, said drinking too much could lead to people making dangerous and bad decisions.