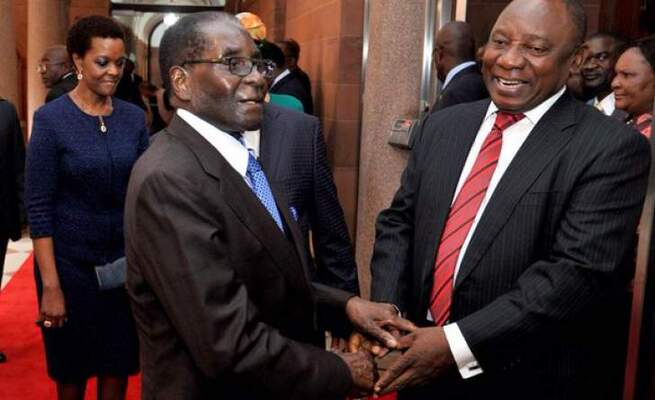 South Africa will be sending a delegation from both the ANC and its government to former Zimbabwean president Robert Mugabe's funeral at the weekend.

ANC secretary general Ace Magashule said President Cyril Ramaphosa, would lead the delegation as both head of state and leader of the party.

The delegation would be made up of ANC leaders, government officials and many other leaders, he said. This was because Mugabe had "played a very important role as a pan-African in South Africa".

Magashule made the comments on Tuesday morning as he made his way to Zimbabwe for a meeting of some of the continent's liberation movements.

The ANC has had a long history of working with Mugabe and his political party Zanu-PF, a sister liberation movement, which played a role in South Africa's own struggle for democracy.

Mugabe died last week at the age of 95 in a Singaporean hospital.

Various African leaders are expected to attend his funeral on Saturday, which is expected to be followed by a burial at Heroes' Acre on Sunday in Harare.

Mugabe's remains are also expected to return to Zimbabwe on Wednesday.

"He was a part of us, he had been part of us. He is one of the leaders who brought Zimbabwe to where it is," said Magashule of the controversial leader who was once celebrated and ended up being criticised for clinging to power for far too long.

Mugabe had been in power from 1980 until 2017, when he was overthrown in a military coup leaves a legacy that over the years evolved from liberation hero to political and economic misrule.

"It's not only Mugabe but the party he represented that brought the economic freedom to the people of Zimbabwe, he gave them education, people from Zimbabwe are highly educated. He actually ensured they get the land, an issue we are grappling with," said Magashule.

"Aluta continua for a better Africa, a better South Africa and for a better Zimbabwe. Our people must never lose hope," said Magashule.