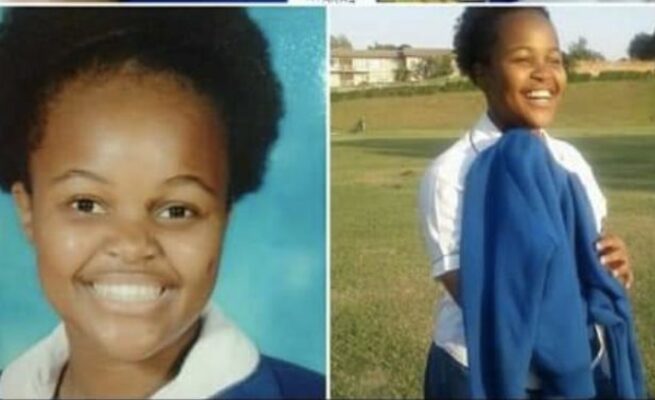 The Wyebank community is reeling from reports of a brutal family slaying.

A man in Durban allegedly killed four children by hanging them on Tuesday and is now on the run from police.

Three of the children were his, while a 16-year-old girl was from his wife’s previous relationship. She was reportedly found hanging from a tree in New Germany on Tuesday night.

Found and deceased RIP #AyakhaJiyane. Thank you all for retweets. Sadly our efforts had the negative result. This young soul was cut short allegedly by her step father who had killed her 3 siblings. 😭😭😭😭 https://t.co/2Ffr2Uy6p2

The other three children (4, 6 and 1o years old) were hanged in their Wyebank house.

It is suspected that the man may have killed the children to spite his teacher wife, who was in the process of divorcing him.

She has said they argued this week and he said he would move out.

He then went to the alleged effort of abducting the teenager, named on social media as Ayakha Jiyane, from school and also fetching the other children from school, before allegedly murdering them.

Police spokesperson Colonel Thembeka Mbhele was quoted by IOL as saying: “The 16 year-old-girl was also last seen with her father after fetching her from school in Durban. A search was conducted and her body was found hanging in the bushes in New Germany. Police are still searching for the suspect. A murder case has been opened in Pinetown”.

The mother had apparently reported the man to the police prior to the crimes due to the intensity of their argument.

😭😭💔
these are her already dead siblings allegedly killed by a step father today, He then went and Kidnapped her from her school and Killed her too