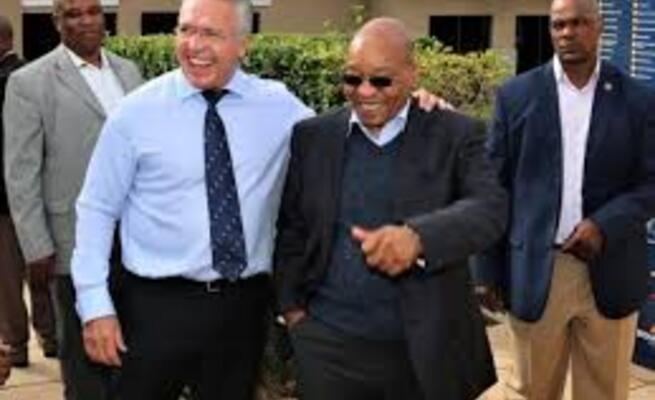 Former president Jacob Zuma says people close to him are being killed and that he hopes former Bosasa boss Gavin Watson is not one of them.

Addressing mourners at Watson's funeral service in Port Elizabeth on Tuesday, Zuma said it was worrying how people had been killed in mysterious ways.


Watson was killed on Monday last week after a Bosasa-owned Toyota Corolla he was travelling in crashed into a concrete pillar near the OR Tambo International Airport in Kempton Park, killing him instantly.

Questions were being raised around Watson’s death, including his 5am presence near the airport when he was not scheduled for any air travel, his missing cellphone and the damaged vehicle being stripped soon after it was towed to a police impound, and why there were no skid marks at the accident scene to show he tried to break to avoid hitting the pillar.

Accident reconstruction expert Konrad Lotter has been ropped in to try and figure out what might have happened that morning. Zuma said he received a report from the Watson family around his death, which has left him with a lot of unanswered questions.

“The report that the family gave me has a lot of gaps in the manner which comrade Gavin was found and how he died and since the investigation is still ongoing, I hope there will be a report that will satisfy all of us,” said Zuma.

“There are comrades who have died very suddenly who are seen to be some obstacle in one form or the other. Perhaps some time will come for some truths to come out. There are comrades I would not want to count who have left us very mysteriously and I hope comrade Gavin is not counted among those that were cleverly removed from the scene.”