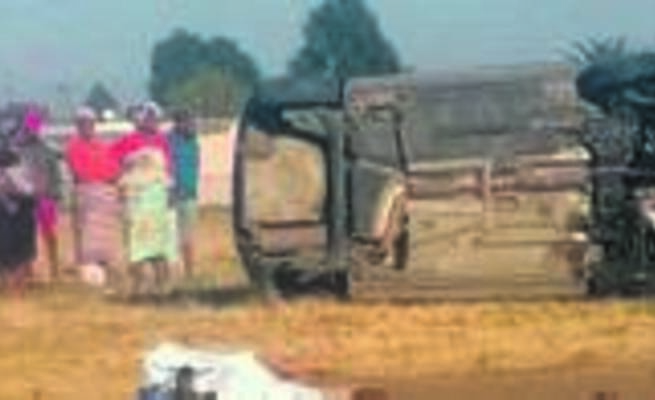 A NIGHT out with friend ended in death.

This was after the vehicle the man was travelling in rolled and landed on top of him.

The 22-year-old was apparently taking his six friends home after visiting a tavern at Botshabelo, section E in Mangaung when he was killed in the crash.

A witness told Daily Sun she was sweeping her yard when she saw a car coming towards the corner at high speed.

“The driver lost control. Everybody who was in the vehicle was thrown out as the car rolled. The car fell on top of the driver before it came to a standstill,” she said.

“There was blood everywhere. The passengers passed out.”

Police spokesman Sergeant Martin Xuma said: “A case of culpable homicide has been opened after a man died.”