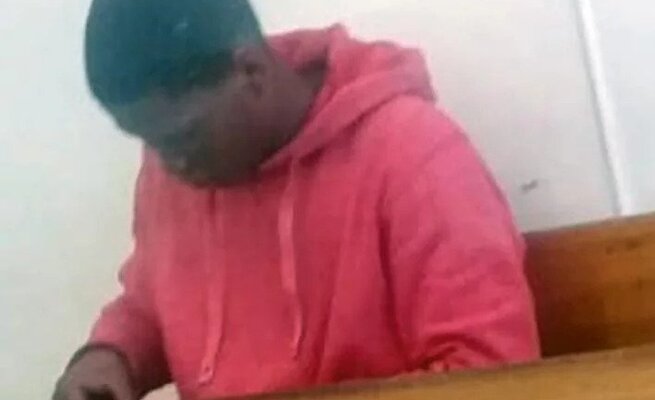 A KASI family was heartbroken when they lost valuable items during a burglary.

But they never expected the suspect to wear the stolen clothes in court!

Nomsa Rapopo (52) from Kagisanong in Mangaung, Free State, was shocked when she saw the suspect wearing her son’s stolen red hoodie in court on Thursday.

The suspect was bust after he was linked through DNA testing.

This after he injured himself with a broken window, leaving his blood behind. Nomsa said: “I found the windows broken when I got back home. Everything was ransacked in the house.

“There was blood on the curtains, floor and walls.

That was when I realised the thief could have been cut by a broken window.”

She said jewellery, camp chairs, takkies, clothes, laptop, hair clippers, paraffin stove and TV were stolen. “I called the police and the blood was taken for DNA testing.

There was load shedding a few days later and I realised the paraffin stove was also stolen.”

She said she was shocked to see the suspect wearing her son’s red hoodie. Police spokeswoman Sergeant Ikobeng Hlubi said: “The suspect will appear in court again on 28 August. “He’s currently out on warning while attending the case.”