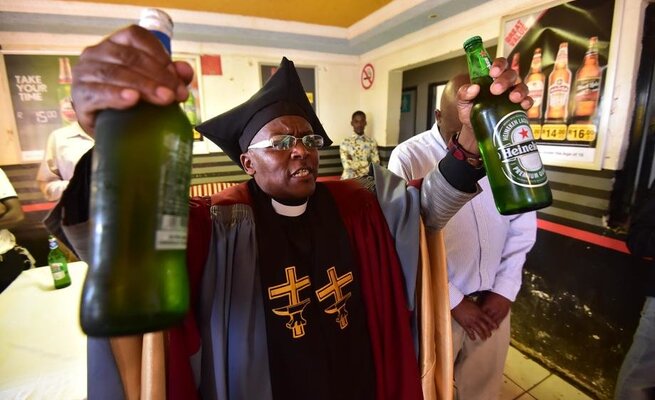 The prophet said it’s okay for congregants to be given alcohol to get them ready to accept God.

“I SEE NO HARM IN THE PASTOR’S PRACTICE. HE HAS MY BLESSINGS!” SAID MAKITI

In gabola there is Godliness. Let us all drink and praise the Lord.”

Makiti of the Gabola church was commenting after learning about Pastor Rakgorwana, who gave his congregants liquor during a church service.

“My church practises this every day. This allows people who are discriminated against by other churches to find a home while doing what they love best,” he said.

“It’s a good practice, but it must be in good spirit. People mustn’t be forced to drink,” he said.

“We must meet with the prophet so that we can advance this mission. In God there’s liquor. Amstel. Amen!”

Gracious Armies of God in Christ Centre Ministries in Klipgat, Tshwane, might run out of space for all the would-be congregants on social media who’re desperate to get the address of the church.

But the church said it was a once-off event.

In the pictures the pastor is seen giving congregants Savannah and Brutal Fruit ciders, sipping and falling down as the sermon continued.

According to Prophet Sonny, Rakgorwana he was feeding the congregants as part of their deliverance. 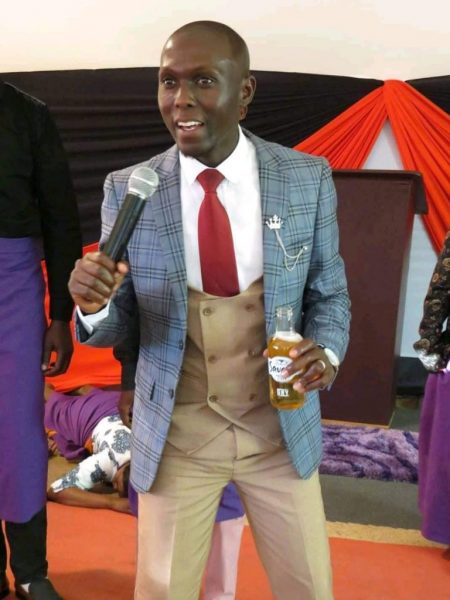 He told congregants not to take notice of the strawberries, grapes and Savannah.

“This is the body of Christ and it has become our lifestyle,” he said.

“The moment you eat this the right way you become a spirited person. You’re in the spirit and the flowing part goes from one to another.”

Although they said it was a once-off thing, other pictures on their Facebook page show the prophet giving congregants booze. 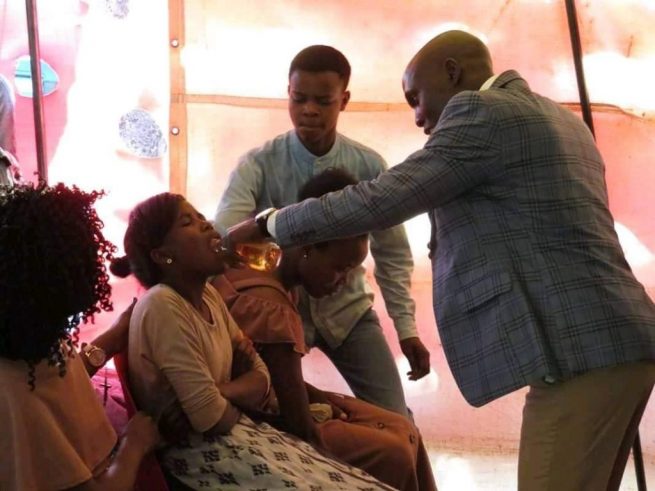 On Facebook, Sithelo Siyanda said: “We’re living in the end of times.”

Ziggy Mavuso Takalani said: “So I can just bring my cooler box with ice and have free beer? Pastor, I’m coming to the next service!” 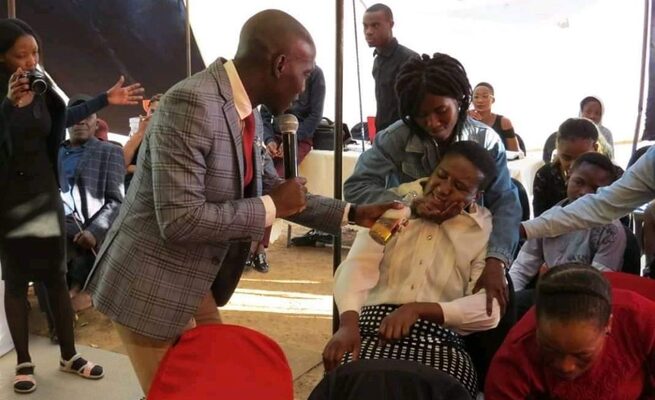 Mbali Skhosana said: “False prophets. He should be ashamed of himself. Which Bible school did he go to?”