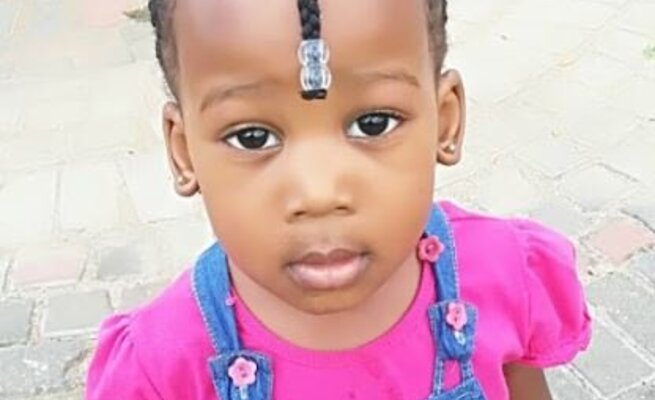 A Joburg mum is devastated as her young child is still missing, allegedly kidnapped by her father.TimesLive reports that three-year-old Ropafadzo, was allegedly abducted on Thursday from her pre-school in Boksburg, east of Jozi.

Her mum, Angel Nkosi (29) is devastated.The school called to say that her biological father was there.

"I received a phone call from the nursery informing that he was at the school wanting the child, but I told them not to release her and to immediately call the police while I also rushed to the nursery.… When I got there it was too late, he had already taken my child," she told TimesLive on Sunday.

The mum’s fears have escalated as she has apparently received a tip-off that the child was in Zimbabwe.

Nkosi said an assistant teacher claimed that he had forcefully entered the school, pushed her and left with the child. 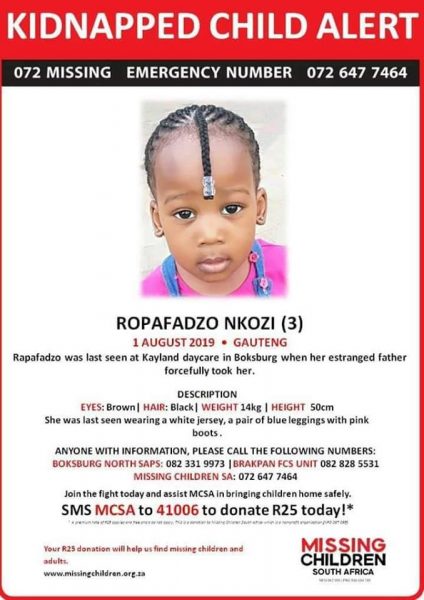 TimesLive reports that the man sent WhatsApp messages threatening to abduct the child if Nkosi did not accede to his demands for them to get back together.

The devastated said that her ex had been threatening her and forcing them to get back together. "Last year I had to get a protection order against him, but he would not show up at court. I feel like our justice system has failed me," she said to the publication.

Defeated by the snail’s pace of cops, the mum has hired a private investigator.

Police spokesperson Colonel Nare Matsobane confirmed to TimesLive that a case of kidnapping was opened the day the child disappeared.

"Investigations are under way. The main suspect is the biological father of the child who reportedly took the child from the creche."The mum said: “I showed the police messages from him confirming that he took my child because he wanted to teach me a lesson. I just want my child back,"

TimesLive reports that one of the messages allegedly sent by the man said: "You thought I was bluffing, don't bother looking for her, I will cut her hair and disguise her as a boy."