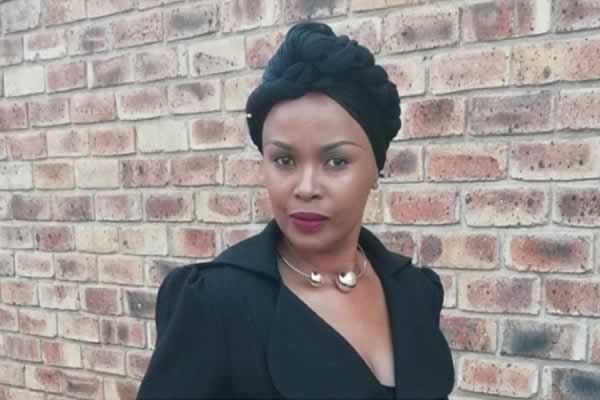 From being diagnosed with uterine cancer at 16 to marrying and later divorcing a physically and emotionally abusive man to getting gang raped at 29, you could say I’ve been through the most horrific things – but I survived it all.

In August 2005 my life fell apart. I was working in Rustenburg and my boss used to give me a lift home every day but one day he was caught up in a meeting and couldn’t make it in time. I had no other option but to catch a taxi.

I waited at the robot until I saw a taxi driving my way, I stopped it. As I opened the door I realised there were so many men and only two women inside – I should’ve trusted my gut but I got in.

Seven men and three women, including me, were now in the taxi.

As it started doing its rounds in Rustenburg the first woman got off at her stop then the next woman got off. I was then left with the seven men. I repeatedly told the driver I’m getting off at the corner of Leyds and Hystek streets but he ignored me.

I tried to tell him again, but the man sitting next to me told me to “shut the hell up”.

I was scared and started to cry, I didn’t know what to do. The taxi started taking a different route. I said again I wanted to get off, but was ignored. I then knew something was wrong. We drove around to some deserted area that had an ATM and I was forced to withdraw some money that evening – the following day as well and the day after.

I was held captive for four nights. In the early hours of 29 August I was finally released in a veld near Tembisa after all seven had taken turns to rape me.

What kept me going through this was my faith. I prayed liked I’d never prayed before. I remembered and started reciting Psalm 23 and 91 from the Bible. I had a tracking app I had on my phone and that’s how I was traced and immediately taken to hospital.

I was battered and bruised and justice was never served because the men were never found.

It wasn’t the easiest of things to get over, I was suicidal, but every time I tried taking my life God would just show up. He spoke to me through my children, constantly reminding me I’m a single parent and what would become of them once I’m gone.

I made a conscious decision that I had to live for them and I had to heal for them. They need me now more than ever. I received counselling which helped but I became my own counsellor. It had to begin with me. I never looked back.

Yes, I was raped but I was given a second chance too.

I’m currently writing a book of my encounter to share my story and hopefully inspire other woman in similar situations to overcome their circumstances and to come out victorious.

I have also started a Facebook page #ItsNotOk so victims can feel at ease and are able so share their stories, or even seek help of some sort. I can't do this on my own but together as a nation we can.

The scars on my body don’t define my character, but they define my life's journey.