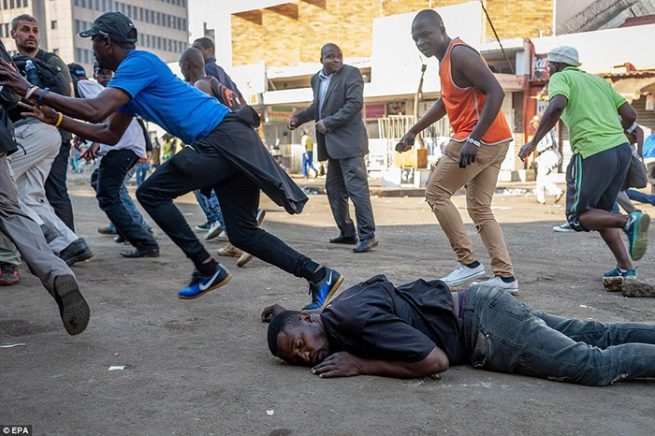 RESIDENTS of Caleb Motshabi in Mangaung were shocked when three men were found with gunshot wounds yesterday morning.

When Daily Sun arrived at the scene, two of the men had already been certified dead and the third was being treated by paramedics.

Residents said the men were fighting for service delivery in the kasi.

Some people in the crowd started crying as the third man was being covered with foil. Paramedics thought he was dead, but his feet and hands moved.

Sergeant Peter Kareli said: “Three men aged between 35 and 40 were found in a pool of blood next to a school construction site.

“Two had bullet wounds in the head and were certified dead. The third was rushed to hospital for treatment.”

Two cases of murder and one of attempted murder were being investigated. No arrests had been made and the motive was unknown.