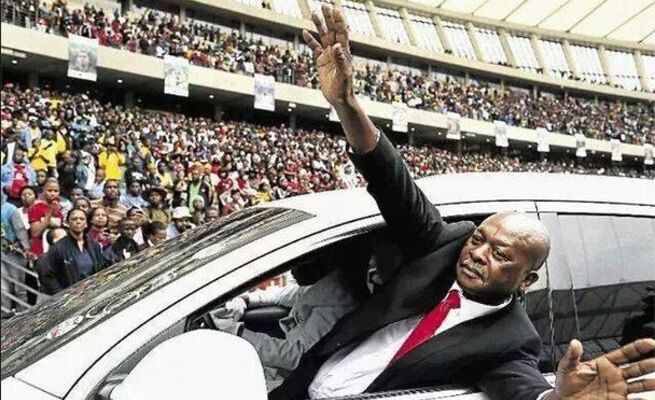 In Case you missed it:

This image of his father – Samuel Meyiwa – greeting the crowd by leaning out of his car window, arms outstretched, was shared widely using the hashtag #SenzosDad.

The hashtag #NotSenzosDad had South Africans mimicking the greeting pose that Meyiwa’s father, Samuel adopted, hanging out of the passenger window of a car with his arms outstretched at his son’s funeral at Moses Mabhida Stadium.

Here are some of the images:

MAY HIS SOUL REST IN PEACE