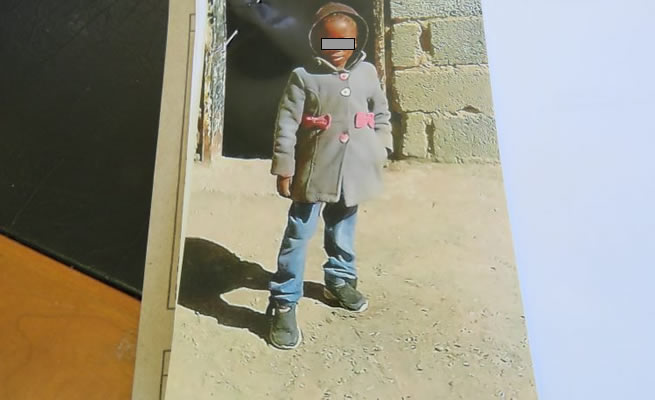 A 4-year-old Bloemfontein girl, who had been missing since Sunday, was found dead in a pit toilet on Thursday. She had been raped

A 36-year-old man has since been arrested. It is alleged that he used sweets to lure the little girl.

Naledi Chaka was last seen near her home in Selosesha, Zone Two, on Sunday.

At the time of her disappearance, Naledi had been dressed in a grey and pink jacket, blue pants and black running shoes.

On Wednesday, police found her pants and shoes near her home.

“At about 17:00 [on Sunday], an unknown male asked the little girl to go with him and promised to buy her sweets,” police spokesperson Colonel Thandi Mbambo said in a statement.

During investigation, one of the children who was playing with Naledi informed police that she was last seen with the male suspect.

The police went to the suspect’s rented home and, upon searching, they noticed a body inside a pit hole. Fire and rescue services were summoned to the scene and they managed to retrieve Naledi body.

The man is expected to appear in the Thaba’Nchu Magistrate’s Court on charges of kidnapping, rape and murder.

Lieutenant General Moeketsi Sempe, Free State Police provincial commissioner, condemned the ruthless killing of a minor and urged the detective team to use all available resources to ensure that justice is served for little Naledi.

#sapsFS Update: The body of 4yr-old girl who was reported #missing found last night in Zone 2. Male suspect (36) arrested at his home in Zone 2 Selosesha. The arrested suspect is facing charges of kidnapping, rape and murder, to appear before Thaba Nchu Magistrates' Court soon ME pic.twitter.com/jVMhKPou5N