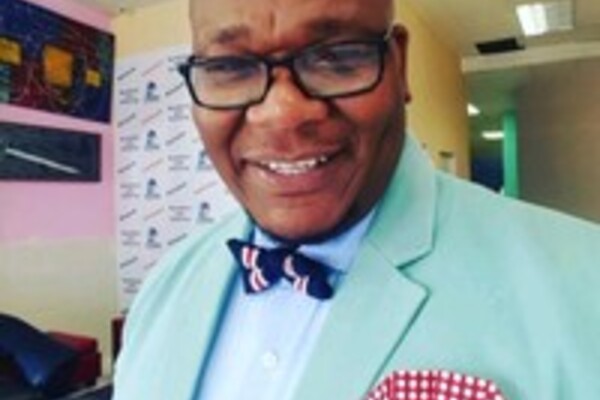 eThekwini Municipality official, pastor and actor Mhlonishwa Sakhile Langa was announced dead after being shot and killed while trying to stop a gunman who had robbed a shop in Durban’s South Beach area on Saturday.

Langa parked his car at the roadside to see a friend in the area when he heard people screaming about a robbery. Eyewitnesses, who spoke to the Daily News on Sunday, said Langa was shot in the chest as he alighted from his car to stop the man.

Witnesses arrested the gunman, while his accomplices got away.

Langa had appeared on local TV dramas such as Mzansi Magic’s eHostela and on Lockdown. He was also a pastor at eThekwini Community Church, and a popular Durban socialite and fashionista.

“They robbed them of an undisclosed amount of cash and cigarettes at gunpoint, and fled. A community member, who assisted in chasing the suspect, was shot and injured. He was taken to hospital, where he succumbed to his injuries. The suspect was immediately arrested and the firearm was recovered. Cases of robbery and murder were opened at Point police station for investigation,” she said.

Langa, a stakeholder and protocol officer in the Parks, Recreation and Culture Department of eThekwini Municipality, was described on social media platforms as a hero, a people’s person, a man who lived to serve others, and who fought against social ills, including xenophobia.

Thembinkosi Ngcobo, the head of Parks, Recreation and Culture, said Langa was a friend and colleague for the past four years.

“He was brave, and although he was not himself, he was recovering and was starting to be himself again. He had fears that the cancer was going to kill him but never thought he could die like this, at the hands of criminals,” said Ngcobo.

The mood at eThekwini Community Church yesterday was sombre, as the congregation remembered how jovial Langa was during the previous Sunday’s service. Pastor Vusi Dube said Langa had sung a song, which they now view as his way of saying farewell to them.

Dube said he had been friends with Langa for 20 years and not only was he a pastor in his church, but he was like a brother.

“He was a social person, very organised and a true leader. His death is not only a loss to his family, but to the people of Durban as well,” he said.

Tributes for the late actor:

The pain is too much 😭😭💔💔 #RIPMhlonishwalanga