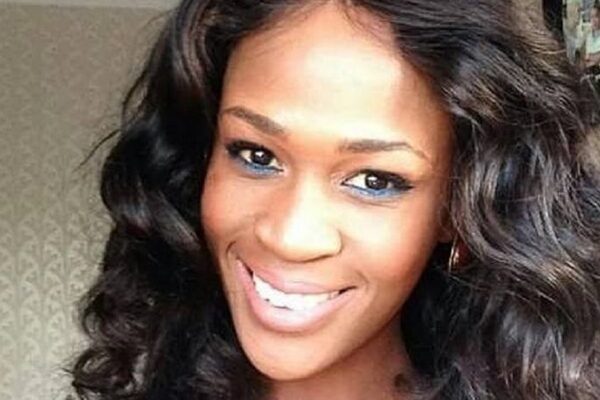 South African model Mirriam Ngomani’s leg was broken in an alleged racist attack at a casino in Tshwane in the early hours of Thursday, according to a report

The Sowetan reported that Ngomani was with her fiancé Tobias Zehetleitner when a white man believed to be in his 20s took issue with their display of affection, as they were holding hands.

“I asked what he was doing and he said ‘what is wrong with you? You’re dating a monkey’,” Zehetleitner told the publication as he recounted his ordeal.

The man was pulled away but the couple and alleged attacker crossed paths once more when they were leaving the casino at around 03:00.

The man, who has not been identified, allegedly began spewing racial slurs at Ngomani.

“I walked up to him and tried to reprimand him.”

Zehetleitner told the publication the man punched him in the face and he retaliated. He claimed the man’s four friends who were with him also beat him up and knocked Ngomani down and kicked her.

Ngomani’s fiance passed out and suffered injuries to his head and face. Ngomani needed to be treated for a broken left leg.

Thank you for supporting me and my dreams Mr Zehetleitner. Your love gives me strength to be a better version of myself hun. #TagTeam #PowerCouple

News24 tried to get comment from Tshwane police. It will be added once received.

The South African model is the latest public figure who has been subjected to alleged racism in a public space.

DA member of Parliament, Phumzile Van Damme recently took to twitter to recount an alleged racist incident she experienced at the V&A Waterfront in Cape Town.

Van Damme claimed she had an altercation with a woman after which she allegedly told her she would “push her aside”.

The politician further claimed that when she went outside, the family was standing there “in a threatening manner,” News24 earlier reported.

Both parties have since buried the hatchet after the V&A Waterfront issued an apology to Van Damme.