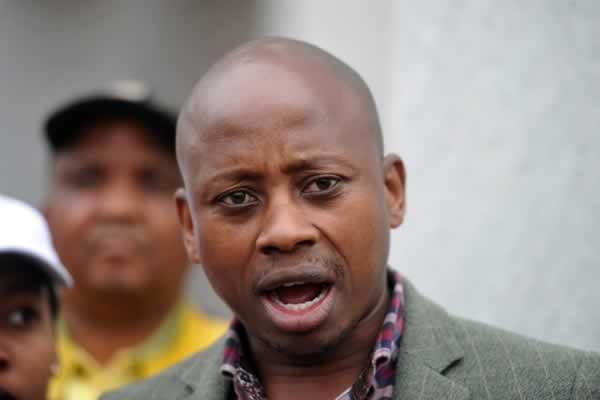 ANC Eastern Cape heavyweight Andile Lungisa will be spending his first night behind bars after his application for leave to appeal his earlier conviction and sentencing was dismissed in the Port Elizabeth Magistrate's Court.

Lungisa was sentenced to an effective two years in jail earlier on Wednesday for assault with the intent to do grievous bodily harm.

Lungisa, who pleaded not guilty in the Port Elizabeth Magistrate's Court, was accused of smashing a glass jug over the head of former member of the mayoral committee Rano Kayser, during a Nelson Mandela Bay council meeting in October 2016.

Last month, Magistrate Morne Cannon found Lungisa guilty and earlier on Wednesday sentenced him to three years in jail, of which one year was suspended for five years. It amounted to an effective two-year jail term. He was also declared unfit to possess a firearm.

He argued that the magistrate had erred in finding that Lungisa had gone above and beyond self defence and that he had not adequately assessed his client's state of mind. He also argued that the State's witnesses had colluded.

Addressing the issue of sentencing Ngqakayi argued that the court had not given suitable consideration to alternative sentencing options.

Prosecutor Wayne Ludick said the State was of the opinion that the testimony of the State witnesses had been corroborated by the video evidence.

He pointed out there that there had also been inconsistencies in testimony, which indicated there had not been collusion.

Ludick said the State's view was that another court would have come to the same conclusion and delivered a guilty verdict.

Cannon then responded, saying he had never found Lungisa had exceeded the grounds of self defence, but rather that he had not acted in self defence.

He said the State had proven, beyond reasonable doubt, that Lungisa was guilty.

Cannon added that, with regard to Lungisa's state of mind, he had addressed this in his judgment when he found Lungisa was not a credible or trustworthy witness.

On the issue of collusion, he said this was also addressed in his judgement, and that he had found that the video corroborated the testimony.

Cannon also said that he had given his reasons for the sentencing and was of the opinion that another court would have arrived at the same verdict and sentence and denied Lungisa the right to appeal.

Lungisa will now remain in custody, but his defence can approach the High Court to petition for leave to appeal Cannon's conviction and sentencing.