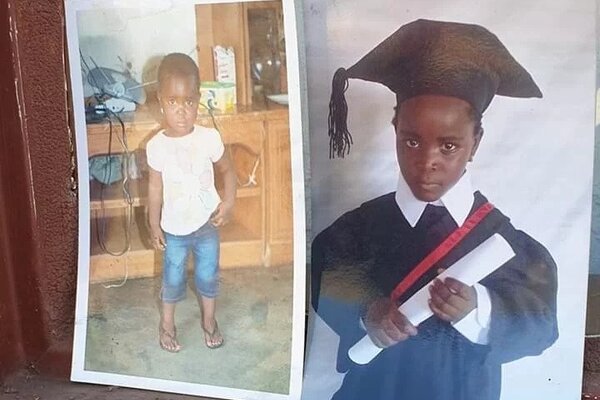 WHEN Samuel Kgatle allegedly saw his ex-girlfriend and the mother of his two girls enjoying herself with another man during a video call with her, he couldn’t take it anymore.

The 38-year-old father from Ngaleng village outside Mankweng, Limpopo hanged his two girls Anna (8) and Mary (5) both Kgatle who had visited him for this school holidays before hanging himself later.

The horrific family murder incident happened on Saturday after the ex-couple had a heated argument telephonically over an alleged video call.

Dead Samuel’s younger sister Josephina Kgatle (27) said they are still shocked that his brother killed his daughters and himself.

“Afterwards around 8pm he called us again that he killed his kids and we should come and see them. We didn’t believe him, we rushed to his house and indeed when we entered the house they were hanging on the roof. He called us again around 3am this morning and said he is killing himself”, she said.

Colonel Moatshe Ngoepe confirmed that they have opened cases of two counts of murder and inquest for further investigation.

“We encourage community members to seek assistance when they encounter any social related problems rather than resorting to killing”,Ngoepe said.

Samuel’s father Ngoako Kgatle (62) said he was saddened by his son's devastating act.

"I'm so sad and very sorry on his behalf. He was an open person and I'm not surprised he called his younger before killing his children. I can't even tell you what got into him because he doesn't drink alcohol or smoke. So I can't say he was under the influence”,said the devastated madala.