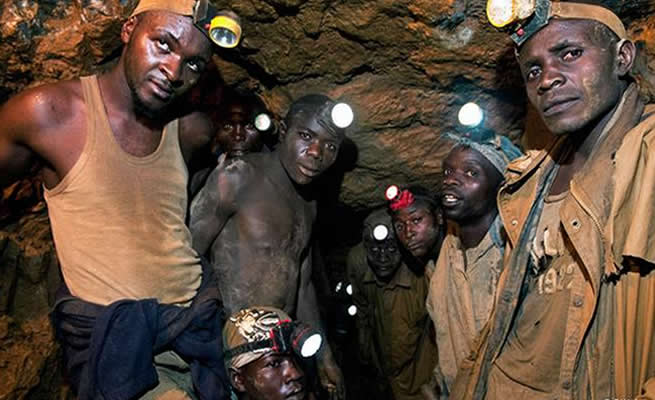 Close to 300 disgruntled mineworkers at Lanxess’s in Rustenburg, North West, remained underground for the sixth day yesterday in protest against alleged sex-for-jobs scandal at the chrome mine.

The mineworkers, who are affiliated to the National Union of Metalworkers of South Africa (Numsa), have been underground since Wednesday afternoon, demanding action from management against a mine captain behind the scandal. Numsa said the alleged perpetrator had not been suspended and no disciplinary action had been taken against him.

Numsa’s general-secretary Irvin Jim said their members had raised a series of issues with the mine bosses, but no action had been taken.

“We are in the middle of a crisis. Our workers have been exposed to a risky situation for six days and because of the conditions underground, some of them fell sick and had to be taken to hospital,” Jim said. “Other issues relate to organisational rights, our union is not recognised despite having the majority in terms of numbers. About 50 members have been dismissed and in our view that was orchestrated by them joining the union.”

NUM spokesperson Livhuwani Mammburu accused Numsa striking members of holding NUM members hostage. He confirmed that the official was a member of NUM.

“On Thursday, 38 of our members managed to escape underground,” said Mammburu. He said the employee was suspended in November and his disciplinary hearing has been postponed three times. Jim said on Friday they organised food for their members underground, but they were disappointed to find out the following day that the mine security threw it away. Phakamile Hlubi-Majola, the union’s spokesperson, told Sowetan the mineworkers were dismissed for participating in a strike in September and May.

Ben Marais, managing director at Lanxess, confirmed that the strike started on Wednesday.

“The strike has been declared illegal by a Johannesburg court, but it’s ongoing. The main focus for the mine is to resolve the situation quickly and safely without any violence… Meanwhile, supply of potable water and fresh air underground is maintained,” Marais said.

He said the company’s management received a list of demands that addresses various labour-related matters, including a case of sexual harassment.

“The case dates back to October 2018 and is already being thoroughly investigated by an independent investigator. “The company takes these developments and demands very seriously and has repeatedly made clear of its availability to discuss all matters in the appropriate forums,” Marais said.

Mammburu called for the incarceration of the workers who are allegedly forcing their fellow colleagues to be part of the sit-it. Mammburu said they received information that the union’s offices at Lanxess have been destroyed and documents stolen at the weekend. “The management has informed workers that they should, due to safety reasons,

"The company takes these developments very seriously stay away from the mine until further notice,” he said.

Mammburu said on Sunday there was a meeting facilitated by department of mineral resources, in which Numsa representative requested that their members who are staging the sit-in should not be hauled to a disciplinary hearing when they come to surface. DMR spokesperson Ayanda Shezi said the department’s inspectors are at the mine to “ensure that the necessary health and safety provisions are attended to”.