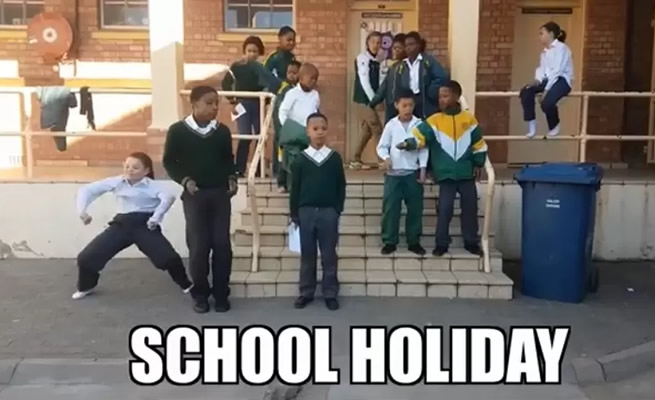 Ammiel Smith is not your everyday schoolteacher – few are associated with fun of any kind. The 27-year-old Smith, however, dances regularly with his Laerskool Vryburg pupils during practical periods, enabling him to learn new dance tricks.

This has led to the teacher and pupils of the North West school racking up more than 500 000 views on Facebook, where they can be seen dancing frivolously on the last day of the term.

Smith told Netwerk24: "I think it's very important to celebrate our differences. The children enjoy dancing and I believe it's a positive way to get them to enjoy themselves.

"The video was taken on the last day of the term and everyone was excited to be going on holiday. I put on the speakers and we started dancing. They also enjoyed the song (that was playing)."

Smith, an ex-pupil at the school formerly known as Laerskool Stellaland, said the pupils were even more excited when the video featured on the news on TV, "making them feel like celebrities".

What has added to the enchantment of the video is that a boy suddenly pops his head out of a dustbin, "because his arms and legs don't work so well together ", joked Smith.

On the other hand, the dancing prowess of a dark-haired girl on the left in the video has people on Facebook labelling her the "new Nicky Minaj (an American singer)".

Lee-Ann Miles Ellie said on Facebook: "Wow just love this video, keep inspiring your learners with your passion to teach. Was laughing so much for the kid in the bin."

It's not the first time Smith, who regrets his teachers never danced with him, has made the headlines. In 2015 he stood on a street corner carrying a placard, which indicated that he was seeking his dream woman (trouvrou) and that old "tannies" and chancers needn't apply.