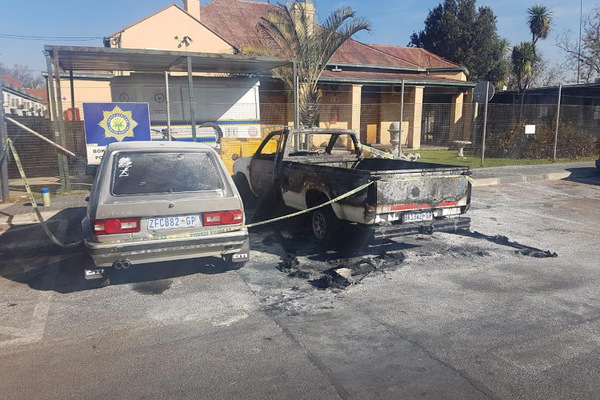 A Boksburg North woman has been arrested and charged with malicious damage to property after she allegedly set her husband’s motor vehicle on fire.

The woman reportedly pulled the stunt on Sunday morning, June 16. At the time the husband was inside the police station to report the alleged abusive behaviour of his wife.

Boksburg North SAPS spokesperson, Const Justice Ramaube, confirmed the dramatic turn of events, saying the woman has been arrested and detectives are investigating.

“The couple apparently had an argument at home before the husband decided that they both go to the police station to seek help,” said Ramaube.

“While the man was still detailing how her wife has been abusing him, the woman walked out of the police station. All of a sudden the vehicle was on fire, and our members managed to extinguish the flames and prevent it from spreading to the nearby vehicles.

“Unfortunately it was a bit late – as the complainant’s vehicle had already been completely damaged by the fire,” said Ramaube.