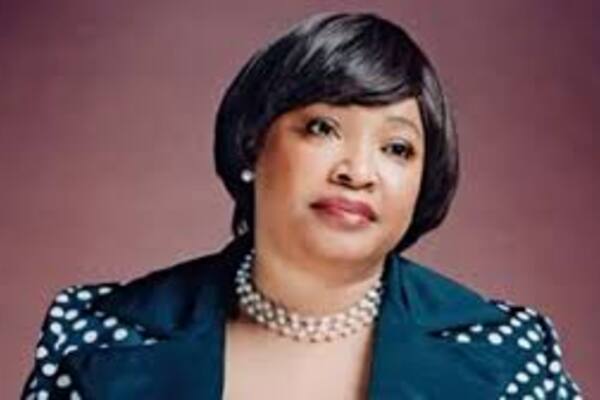 White South Africans are “land thieves” and “apartheid apologists” who are just like “unwelcome guests”.

These were just some of the phrases in tweets posted by South Africa’s ambassador to Denmark, Zindzi Mandela, this week.

The 59-year-old daughter of former president Nelson Mandela and Winnie Madikizela-Mandela added that white people were making a mistake by clinging to their “good native” fantasies, and that it was time black South Africans took their land back.

“Whilst I dine and wine here … wondering how the world of shivering land thieves is doing,” Mandela wrote on Twitter on Thursday night.

Her tirade on the social media platform started with the following words: “Dear Apartheid Apologists, your time is over. You will not rule again. We do not fear you. Finally #TheLandIsOurs.”

When Mandela’s undiplomatic comments were criticised, she said she was not answerable to any white man or woman.

“No missus or baas here. Get over yourselves,” was one response.

“Will be back for the Msunery #OnMyTsnCs. Miss all these trembling white cowards, shem. Botha, Potgieter, Thieving Rapist Descendents of Van Riebeeck, etc: how are you my babies? We shall gesels more Mr Skont and Ms Unus #OurLand,” she wrote in another tweet.

Mandela also retweeted several posts by other Twitter users, including one that used the pejorative reference “1652” to refer to white people.

It read: “I am not surprised by the reaction of the 1652s really but their time is coming to and [sic] end Shem and these are the last kicks of a scared and dying horse.”

Sandra Botha, a former DA leader in Parliament who was an ambassador in the Czech Republic between 2009 and December 2012, said on Twitter: “Please someone [tell] me this is not a real account from a real South African Ambassador. It can’t be.”

Another former ambassador, David Jacobs, told City Press’ sister publication Rapport that the comments were “divisive and are burning bridges at a very sensitive stage of our history. It will do great damage to the international confidence we so desperately need.”

Clayson Monyela, spokesperson for the department of international relations and cooperation, said he could not reach Mandela yesterday to verify if the Twitter account was indeed hers.

“We cannot comment before we have spoken to her,” he said.

Luzuko Koti, the communications director at the Nelson Mandela Foundation, which is currently involved in litigation to have the old South African flag declared hate speech, yesterday said the foundation was seeking a meeting with Mandela.

“We will comment after we have discussed the issue with her,” said Koti.

Advocate André Gaum, a commissioner at the SA Human Rights Commission, said that if a complaint was received by the commission, it would investigated.

Reacting to the tweets, DA leader Mmusi Maimane said it felt as if the reconciliation project had “stalled”, and that it left a lot of South Africans feeling like they “no longer had a stake in a democratic South Africa”.

“The climate allows divisive and damaging politics to take root insofar as people withdraw back into their racial and cultural laagers. Zindzi Mandela’s comments are unfortunate because they attempt to blame government’s failure to grow the economy and accomplish true empowerment on specific parts of the population.”

Inkatha Freedom Party spokesperson Mkhuleko Hlengwa said it was wrong to “further escalate tensions” about the land question, which is a “legitimate issue”.

“An antagonistic attitude is not going to aid land reform,” he said.

It was not immediately apparent what had prompted Mandela, who has been as ambassador in Copenhagen since 2015, to get involved in the land debate.

The ANC did not respond to a request for comment.