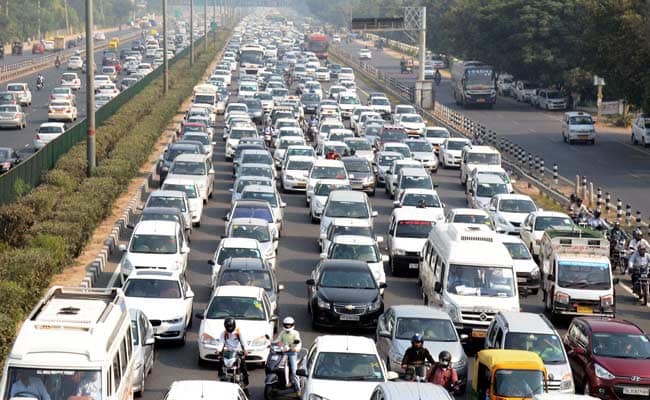 Motorists have been warned to stay off the N3 between Johannesburg and Durban after dark, as deadly attacks on foreign truck drivers surge.

The onslaught against companies employing foreign truck drivers has left dozens dead or injured and caused R1.2bn in damages to trucks and cargo, according to the Road Freight Association (RFA).

The association has threatened to halt deliveries across SA if the government “doesn't act swiftly against this anarchy”.

“The RFA’s members account for an annual turnover of R121bn. With other companies operating outside of the RFA, that figure is probably doubled. These attacks are economic terrorism. Road shedding — blocking major transport routes through protest — costs SA billions of rands,” he said.

Police report 74 trucks burnt and damaged in the violence. The N3 Toll Concession, a private company that manages the road, says 50 vehicles have been torched on the highway since April 2018.

N3 Toll Concession’s Con Roux said they had issued the warning because there had been repeated attacks and illegal blockades on the N3, which is the primary lifeline for the country’s economic hub of Gauteng.

“The majority of the incidents linked to this violence happen at night,” he said.

The RFA said 213 truck drivers were killed in the past year. It is still unclear how many of these deaths were linked to the protests. However, it confirmed that 12 foreigners had been killed in the violence as well as at least three South Africans.

“These numbers, including those of the foreigners, could rise. If the government doesn’t act swiftly against this anarchy, which has increased over the past seven months, with 40 trucks torched in three weeks, RFA will consider taking action, including stopping deliveries across the country,” said RFA CEO Gavin Kelly.

Between Sunday and Tuesday, gangs searching for foreign truck drivers besieged towns across northern KwaZulu-Natal and Mpumalanga, pulling vehicles off the roads in Ermelo, Piet Retief, Newcastle, Amsterdam and Bethal. Foreign drivers were forced to surrender their cargo and vehicles.

An Ermelo truck stop owner, who asked not to be named as he feared further attacks, said 500 trucks had been “held hostage” at the stopover by the All Truck Drivers Association (ATDA).

After 19 trucks were torched around Durban last weekend, the government announced the establishment of an inter-ministerial task team to address the issues.

At the launch, KZN premier Sihle Zikalala said the government would implement various strategies to deal with the situation, including establishing a rapid response team to ensure “on-the-ground police presence”.

The labour and home affairs departments would investigate the issue of foreign drivers versus South African drivers.

Zimbabwean trucker Daniel Ndanyana, who drives for Hestony Transport, is lucky to be alive after he and his South African workmates were doused with petrol last Friday while asleep in their trucks in Cato Ridge outside Durban.

“Gunmen took me to the back of the truck, where my colleagues were on the ground naked. They told us the makwerekweres [foreigners] must die. They tried to light a match but couldn’t. When they pushed us to the ground to shoot, I ran. If I didn’t I would have died.”

Fleeing into bushes, Ndanyana found a road and stopped a passing police patrol. When they arrived at the compound, five trucks were on fire.

Hestony managing director Etuan van der Westhuizen confirmed six of their trucks had been burnt in Johannesburg and Cato Ridge last week, with his foreign and South African staff attacked.

“Foreigners only account for 15% of our drivers. We employ foreigners when we cannot find drivers who have the correct skills. We pay them the legal wage,” he said.

Rudolf Waldeck, managing director of SA Zero Waste trucking company, which does not employ foreigners, said they had been forced to divert trucks around towns in Mpumalanga because of the violence.

“We have had drivers injured. This ATDA blocked trucks travelling through Ermelo and Bethal. Our drivers had to show their identity cards,” Waldeck said.

Trucking company owner Barend Groenewald is in ICU at the Worcester Mediclinic after his truck was set alight in Touws River in the Western Cape last month.

Groenewald was asleep at a lay-by with his brother-in-law, who was in another vehicle, when the attackers threw stones through their truck windows. “They sprayed petrol into the cabs and set them alight. My brother-in-law was able to save Barend,” Groenewald’s wife, Ciska, said.

She said it was not a robbery as nothing was stolen.

“Since we began operations in April we have been inundated with calls from transport companies enquiring about our services, including armed escorts.”

She said it was “complete madness” on the N3. “The situation, which began developing a year ago, was largely ignored and is now totally out of control.”

ATDA head Sipho Zungu disputed they were behind the violence.

“We have no problem with foreign trucks coming to SA, rather with foreigners driving for South African companies. South African drivers and their families are starving. Children cannot be sent to school. South Africans are losing jobs to foreigners, who don’t only take our jobs but also our rights to protected jobs,” he said.

He said companies employed foreigners because they did not want to pay the minimum wage.

National Truck Drivers Federation secretary general Siphesihle Muthwa said the issues would go away if “employers did the right thing”.

Police ministry spokesperson Reneliwe Sereo said that since April 2018, 36 cases had been reported nationally, in which 63 trucks were burnt and 11 damaged.

“A workplace joint inspection task team, which is coordinated by the labour department and which consists of various government departments including the police, has been established.”