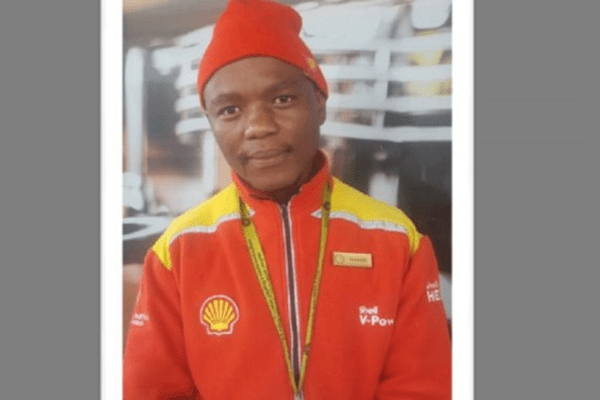 The kind petrol attendant who made headlines recently for helping pay for a stranger’s petrol has been rewarded in turn by South Africans who raised money for him – Over R240 000 was raised by a crowd-fund campaign started by Monet van Deventer, the woman he had helped, in order to thank the generous attendant – Monet had hoped to raised R100 000 for the man, but ended up pleasantly surprised by the support that the campaign received from fellow South Africans

Recently, a generous and caring petrol attendant, Nkosikho Mbele, made Mzansi’s day when he helped a stranger, Monet van Deventer, get safely home by paying for her petrol. Now, over R240 000 has been raised for Nkosikho, to thank his for his kindness, reported Good Things Guy. Monet started the fund with the intention of raising R100 000 to give thanks to Nkosikho, what she didn’t expect was that over R240 000 would be raised by Mzansi.

"While I was looking for my card, a conscientious young man began to clean my windows. After the search, I told him I couldn’t find my card and unfortunately wouldn’t be able to pay for petrol,” Monet explained.

Nkosikho immediately decided to help Monet. “You can’t run out of petrol on the N2. I’ll give you R100, and then you can just bring back my R100 whenever you’re here again,” the petrol attendant kindly offered. Nkosikho didn’t wait for her to answer and filled her car up with R100’s worth of petrol.

The man answered: “Ma’am I am a believer!”

Mzansi has proved that kindness will always be rewarded!