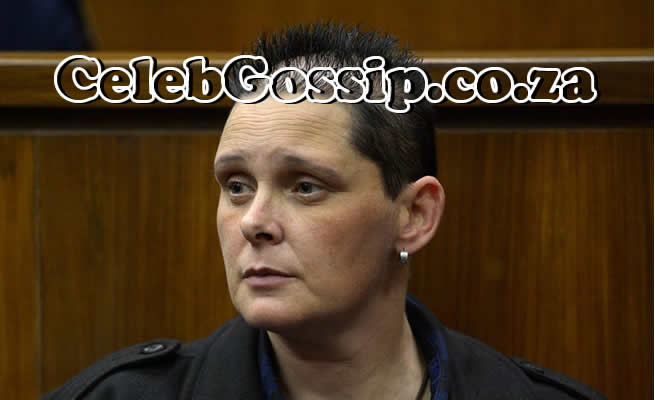 Cecilia Steyn loves to read. Not romances, which are too predictable, but who dunnits and crime novels by authors such as Agatha Christie, Patricia Cornwell and Jeffery Deaver.

Her taste in literature is not unusual — but a little chilling for someone facing 11 murder charges linked to a gruesome crime spree.

Cecilia, 38, is the alleged mastermind behind a string of crimes in Krugersdorp.

Known to her friends as “the bride of Satan”, she has pleaded not guilty to 32 counts, including murder, robbery with aggravating circumstances, fraud and intimidation.

Judgment is set for tomorrow in the high court in Johannesburg for her and co-accused Zak Valentine and Marcel Steyn.

The three were among six arrested three years ago. Marcel’s mother, Marinda, and brother, Le Roux, were sentenced last year. John Barnard was tried separately and sentenced to an effective 20 years in prison. All three took plea deals.

Among the victims was Valentine’s wife, Mikeila, who was stabbed to death in her bed.

In an interview with the Sunday Times from her jail cell at the Johannesburg Correctional Centre this week, Cecilia told of her love of books, her extensive knife collection and her renewed faith in God.

Sporting a blue T-shirt, yellow government-issue hoodie and beanie and clutching a Unisa criminal law handbook, she said she had lost her religion over the past three years in prison, but it had taken a message from her teenage son to make her believe in God again.

“My son told me: ‘Mom, God never said something bad will never happen to you and he never said you would never be alone.’ Sometimes it takes your 15-year-old son to put you in your place,” said Cecilia, who maintained she was innocent.

“At the end of the day, if I am punished or not, I have to live with myself. I am not to say I did something which I did not do. I am not going to rape my conscience.”

Cecilia believes she had a normal childhood along with her sister and played netball, tennis, did karate and athletics. She despised dresses and stuck to army browns and was a collector from a young age.

“Around three or four, it was plastic guns. Later it was knives. I had just over 800 knives. I also had a Zippo collection on top of that. The closest I ever came to playing with a doll was GI Joe.

“My favourite knife is one a friend gave to me, which is the one the [US] navy Seals get. It was his. It is a dive knife. You don’t just find a navy Seal who will give you his knife.”

Speaking of her love for books, Cecilia said: “I’m not one for love stories. They are too predictable and you already know what is going to happen. You know they are going live happily ever after.

“The other day I was reading a book and a friend came [over] and said: ‘Gosh, I never thought he’s the murderer.’ Then I put the book down. Thank you very much, now I don’t have to finish the novel.”

Cecilia’s former friend Candice Rijavec testified last year that Cecilia had been known as the “bride of Satan”, and had claimed her spirit could leave her body, travel to the moon, turn into a baby or a wolf and more.

But Cecilia laughed at this. “At this stage I don’t know if I should be in the sunlight or grow hair in the moonlight. I can fly. I can read minds. I can move things without touching them and I can brainwash people. I’m just that good. That’s why I like reading the newspaper these days, because I learn so much about myself.

“Even if I am a vampire or I am a witch, is that against the law?”

Also visiting Cecilia was her mother, Mara Brandt, who had brought coffee, biscuits, sugar, washing powder and bars of soap for her daughter.

At the prison kiosk she bought atchar, bully beef, tea, crisps, coffee creamer, juice, margarine, cola and cigarettes. Cecilia also wanted steak-and-kidney pies, but they were out of stock.

Cecilia’s father, Piet Brandt, and Mara survive on social grants and live in the garage and workshop of someone’s home on a smallholding in Hillside, Randfontein, west of Johannesburg.

Piet is an electrician who installed electric fences at schools and police stations, but since Cecilia’s arrest his work has dried up.