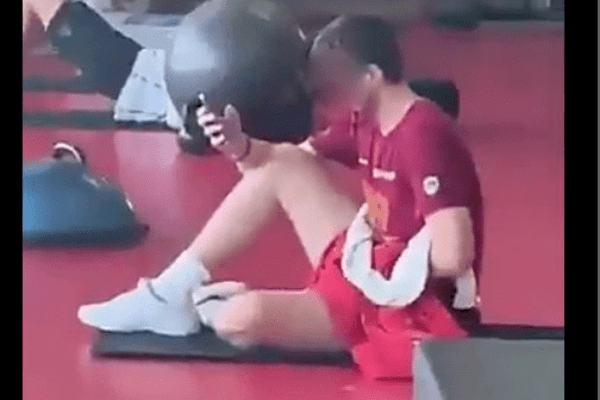 Virgin Active SA confirmed on Twitter that the man’s membership has since been terminated, while social media users expressed their disgust.

There is a time and a place for everything.

The company responded on Twitter on Saturday morning after the video went viral.

They confirmed on Twitter that the man’s membership had since been terminated, saying this type of behaviour would not be tolerated, and that they “expect better” from their members.

Our clubs are a shared place and we expect better from our members. We will not tolerate this behavior and have terminated his membership with Virgin Active.

TimesLive has reported that the incident took place at a Virgin Active in Stellenbosch in the Western Cape.

Fellow gym members seem unaware of his behaviour, while he slyly points his phone in the direction of a nearby woman doing squats with his hands down his pants.

The video sparked debates across Mzansi’s Twittersphere, mainly regarding white privilege, the incident pointing to yet another challenge for women, and men being blasted for pointing out that the woman doing squats is quite good looking.

Others said that if the perpetrator was black, the consequences would have been far more serious than having his membership terminated.

Imagine if it was a black dude. Helen Zille would have the entire race for breakfast

I'm not even going to make this a race thing but I'm so glad that it wasn't a black guy because DAMN that would've been a bad look for us lol #virginactive pic.twitter.com/rr0DePxYta

Not safe at all. Women are literally being attacked everywhere. Restaurants, work, and now gym? (Dros, Supersport, #VirginActive. Men are a lot!!! https://t.co/vwrsRhGmOx

Do not call him out because he was wanking in public but because he disrespected that lady exercising in front of him. These type of behaviors build up from looking at women with lustful glares. That was a proof of how men view women as sex objects. #VirginActive #WhitePrivilege

Some even called for Stellenbosch University management to look into whether it was one of their students.

It is not yet clear whether the man’s actions will have legal repercussions, but he has not been arrested.

Updates to follow as more information is made available.