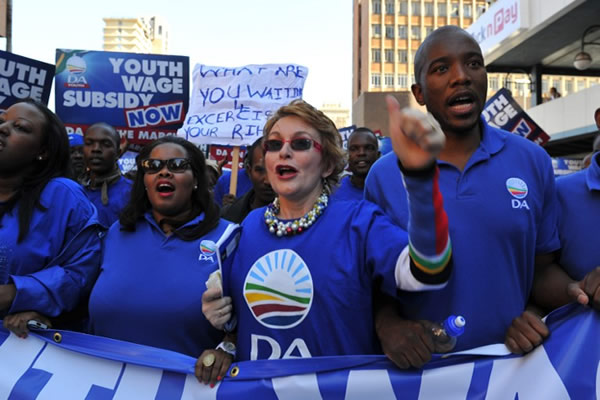 The DA will call for a full audit of all the voting stations, after several complaints were lodged with the Electoral Commission of SA (IEC) over its voting process.

DA federal council chairperson James Selfe said there were compelling stories that the party had received from voters about glitches in the voting system.

"We don't know whether its material or not, but what we do know is that there were more than a dozen stories of people who have managed to easily obtain second ballots.


"One of our Members of Parliament did so just to prove that she could do it. It's clearly an unsatisfactory situation and one that we cannot allow to go through, because clearly there is going to be doubts about the outcomes unless an audit is done."

Several objections were lodged with the IEC by opposition parties over a number of issues, including the closure of some voting stations, a lack of ballot papers and the ability to easily remove indelible ink, which is used to verify that people have voted.

During a media briefing at the IEC results centre in Tshwane on Wednesday, shortly before midnight, the IEC commissioner Mosotho Moepya said two separate incidents were brought to their attention involving allegations that voters had cast more than one vote at different voting stations.

The commission views these allegations in the most serious light and has launched investigations into these incidents. Fortunately, the election process contains a number of checks and safeguards which, together, serve to protect the integrity of the process," he said.

African Transformation Movement (ATM) head of policy Mzwanele Manyi tweeted that a rerun "may well be on the table".

"The number of irregularities in these 2019 elections is of great concern.

A case for a rerun may very well be on the table.

I speak as someone who has voted but my left thumb is clean.

The ATM is one of the parties that lodged objections with the IEC.

Selfe said the DA was open about how the audit would take place, adding that the party was determined to find out the extent of the glitch and who was responsible.

"It's very important going forward, both to tighten the system, but also to find out whether, in this election, how free and fair was it. Does the result reflect the real will of the voters?"

Earlier on Thursday, News24 spoke to UDM leader Bantu Holomisa who said he suspected foul play in the elections. Holomisa suggested that the elections might be rigged.

Responding to this statement, Selfe said it was premature to make such pronouncements.

"Until there is more proof and more clarity, until we know where the voting stations were that were affected, I think it's premature to talk about some orchestrated bid, notwithstanding the fact that I do believe that the story of Russian interference in our elections is very correct," he said.

he IEC has repeatedly said that the election process contains a number of checks and safeguards which, together, serve to protect the integrity of the process.

The security measures include: the voters' roll which only allows registered voters to vote – and only allows for a single registration per voter; the requirement for voters to produce a valid ID document before they vote; the scanning of ID documents prior to voting; the marking of a voter's thumb with ink; the completion of a form containing the details of voters and the signing of a sworn declaration by voters when they vote at a voting station where they are not registered; party agents and observers monitoring all aspects of the voting, counting and results capturing process.