Home General News One queue for whites, another for blacks: Voters breath fire after IEC... 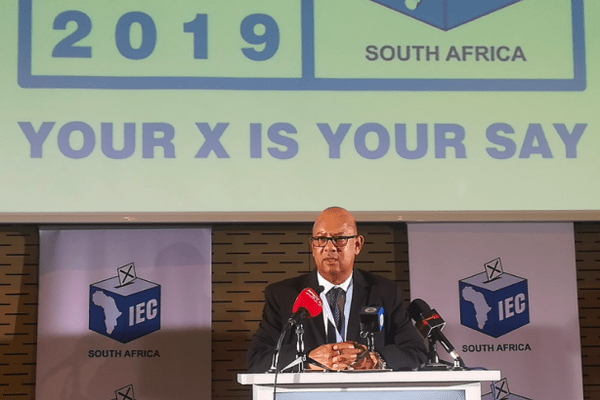 – Provincial electoral officer, Courtney Sampson, responded to the incident which took place in Wellington and explained reasons for the separation

The IEC nearly landed itself in hot water following scenes from a controversial voting station in Wellington, Western Cape.

The video showed how voters were split into two separate lines.

Based on the footage, one line was seemingly made up of black voters and the other of white voters.

The commentary and caption included in the video added fuel to the fire as allegations of racism were flung.

The videos were shared via twitter and the IEC was forced to respond to the claims.

Provincial electoral officer, Courtney Sampson, shed some light on the incident and conveyed a reasonable explanation.

@IECSouthAfrica this is happening at Western Cape Province, Cape Winelands Region at Wellington Campus of CPUT. Voters are segregatedby colour of their skin, this is wrong and criminal. @SAHRCommission please intervene. #SAElections2019 #SADecideds2019 @SABCNewsOnline pic.twitter.com/EIpQBfEHfb

Sampson was informed that voters were split up into two groups – those who were already registered and those were still needed to do so.

As a result of pure coincidence, this classification resulted in the two separate groups seen in the video.

Another tweep was able to vouch for Sampson’s explanation as he experienced a similar process at his voting station.

I work in Jozini and registered in Durban, and we were also put into a different line and had to vote in in another room, but it's only because of the forms we had to fill in, nothing racist about that, most of us that live outside of Jozini are none black, it's a rural area.