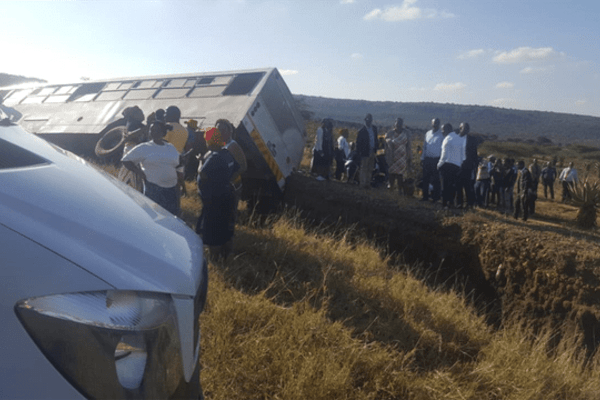 Still reeling from the deaths caused by a church collapse in KwaZulu-Natal, mourners returning from the funeral were hit with additional trauma when their bus overturned at the weekend.

“We were extremely shocked to hear about the incident of the bus crash, just a short while after we had just laid to rest our fellow compatriots who perished at the Pentecostal Holiness Church last week. We praise the Lord for sparing these lives this time,” said Health MEC Dr Sibongiseni Dhlomo.

He wished the injured a speedy recovery and heaped praise on the medical officials who treated them.

Some of the injured were released from Ceza and Nkonjeni hospitals, while others continue to receive treatment.

On the eve of Good Friday, 13 people died during an Easter church gathering in Empangeni when part of a Pentecostal Church building collapsed.

This is thought to have been a result of heavy rainfall in the northern part of the province, KwaZulu-Natal Emergency Medical Services spokesperson Robert McKenzie said at the time.

Dhlomo said the province’s forensic pathology services had dealt with a number of adverse incidents lately.

“These recent incidents have been a difficult test of our ability and readiness to respond effectively to unforeseen emergencies. Our Forensic Pathology Services, EMS paramedics, nurses and clinicians really rose to the occasion over the past few days,” he said.

“As sad and painful as it has been to witness the loss of lives and destruction to property on such a massive scale, the way in which our people have responded has been nevertheless comforting, for us and for those who are grieving. We therefore want to say thank you, and also encourage them to continue working hard for the benefit of our fellow compatriots.”