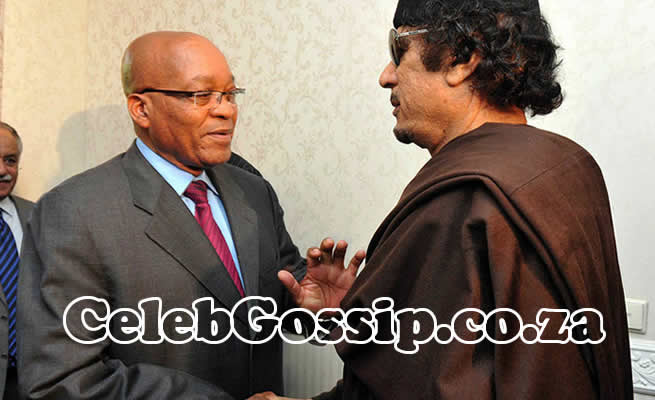 Former president Thabo Mbeki has revealed that he was approached by Libyans to help them trace millions of dollars believed to have been moved to SA by their late leader, Muammar Gaddafi.

In an interview this week, Mbeki said the request was made by representatives of the Libyan government two years ago. He said he immediately put them in contact with the department of international relations & cooperation.

“Two years ago or so, there was a grouping representing one of the governments in Libya. They asked to meet, so I did. So they said the report they have is that there are millions here, that were sent by Col Gaddafi for hiding. They did not know who got those millions but they were going to start the investigation,” Mbeki said.

Earlier this month the Sunday Times reported that President Cyril Ramaphosa had been asked to help recover millions of dollars that Gaddafi had entrusted to former president Jacob Zuma.

High-level government sources said the loot had been hidden at Nkandla before being secretly moved to eSwatini (formerly Swaziland) earlier this year. The sources said the amount involved was thought to be $30m (about R430m at the current exchange rate).

The minister of international relations & co-operation, Lindiwe Sisulu, initially described the Sunday Times report as “ghost stories”. But she later said her department would probe the matter if the Libyan government made a formal approach.

Mbeki, whose remarks corroborate the Sunday Times report, said after the Libyans spoke to him two years ago, he put them in touch with Sisulu’s predecessor, Maite Nkoana-Mashabane, who was appointed to the portfolio by Zuma.

“And they met with foreign affairs. Where that ended I don’t know,” Mbeki said.

A source familiar with the issue said that “under the old [Zuma] regime, government was not going to properly investigate this matter”.

“Every time someone asked about the Gaddafi money they were told there was nothing. But now we see a different story,” the source said.

Mbeki said before the Libyans came to him, he had heard rumours about Gaddafi sending at least some of his riches to SA before he was killed in 2011.

Mbeki said when he was investigating illicit financial flows on the African continent, elements of Libyan civil society also raised the issue.

“They said, these were civil society from Libya, they said some of that money was in SA. That’s what they all knew.”

Mbeki said he had sought more details, but the Libyans had no further information. “Later, this [government] grouping came.”

The spokesperson for the department of international relations, Ndivhuwo Mabaya, could not be reached for comment.