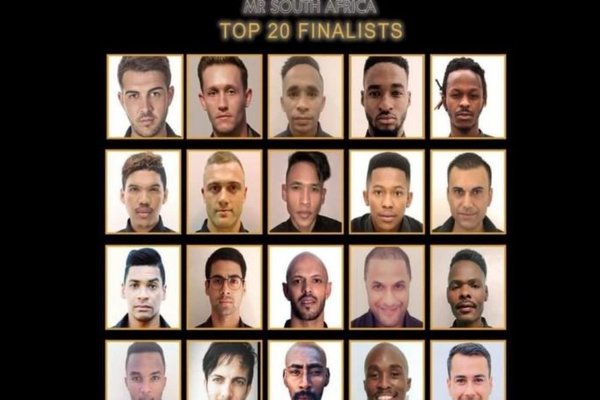 The organizers of the Mr South Africa pageant revealed the finalists for the competition on Thursday morning and it's been dominating conversation on Twitter as people debate the beauty standards of the competition.

What started out as people questioning why some of the contestants were chosen, insinuating that they were not good looking, soon turned into a debate about the beauty standards of the pageant industry.

Pageant organisers did not respond to requests by TimesLIVE for an interview at the time of publishing this article. However, on the official Mr South Africa Twitter page organisers stood by their choices.

"We look at our contestants' integrity before we judge their appearance," reads one tweet.

In responding to criticism about the contestants, Mr South Africa said that the pageant was not about stereotypes.

"Our contestants are real people, not photo-shopped, perfect models."

Standing firm on integrity being the cornerstone of the pageant, the Twitter page for Mr South Africa spent hours challenging beauty perceptions.

Do you want a man with a good heart or a guy that is not dedicated or cheats?

Actually no. We are real. So are they. What makes ppl ill is your judgment of other humans

The debate soon turned to the requirements for Miss South Africa, which have previously been criticised. Some of these are that contestants cannot be married or have tattoos.

If the Mr South Africa account says that the Mr SA contestants only have to have a "good heart" then the same should apply to Miss South Africa.

It would be nice to see a Miss SA with an afro, a curvaceous Miss SA etc. We are tired of seeing the same face win.

Google Miss SA 2019 and Mr SA 2019 and then you see how it feels being single and going out. pic.twitter.com/t9izrF6iKB