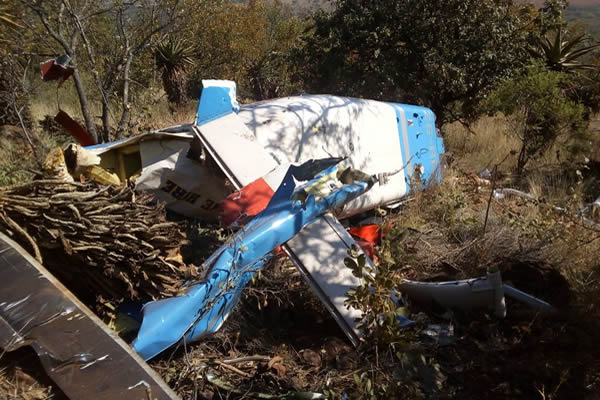 One person has been critically injured and another left with moderate injuries after their helicopter crash outside Polokwane.

The Limpopo Health Department says both occupants of the aircraft are receiving medical attention.

Spokesperson for the department of transport, Matome Moremi-Taueatsoala says the crash happened near the Mighty Men Conference between the Ranch Hotel and Dinoko Lodge.

“One person was seriously injured and two others sustained minor injuries. They were transported to private hospitals,” he concluded.

2 years ago, another helicopter crash occurred about 30km outside of Polokwane near Mafenkweng which killed one person on the spot and left another in a critical condition.

Emergency personnel arrived on the scene and found a helicopter believed to be a Robinson 44 lying upside down in a field. Members of the community had already gathered around the site. The area was made safe while paramedics assessed the two patients.

The patient unfortunately had already succumbed to his injuries and was declared deceased on scene.