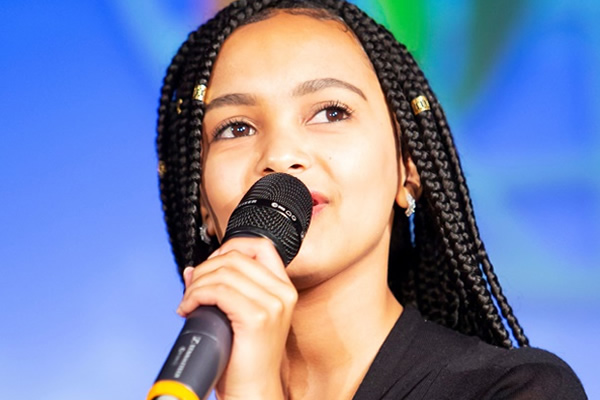 Since winning Idols SA in 2017, Paxton Fielies has had her focus on making it big internationally, even though she wants to keep her roots in Mzansi.

The star has performed in several countries since winning the popular TV talent competition, including Russia, America and for Queen Silvia of Sweden.

Paxton told TshisaLIVE she is humbled to have had such opportunities to make an impact overseas.

"From the beginning I have made it my goal to break through on the international stage. That has been my focus and the more that time goes by I feel like I am getting closer to that, step by step. Hopefully we will get there sooner than we thought. I am just grateful for every opportunity."

She said that every trip made her stronger as an artist and more resolute to be herself.

"I am authentic in my music and that is not something people can copy or steal. It can't be bought. I am just trying to follow my sound and who I am. I am not trying to be another Beyoncé".

With international gigs coming thick and fast, Paxton may soon have to consider whether to make a move overseas permanently.

She said that she would not hesitate to do so if it is needed but would prefer to base herself in Mzansi.

"If work requires me to move, I will move. But if it is my choice, I probably won't move. South Africa has the least drama and it is the most amazing country.

"We have this perception that if we make it in America we can make it anywhere. That is somewhat true but in that we are also degrade ourselves as artists. We need to be comfortable with ourselves so that we can be big here and in America."