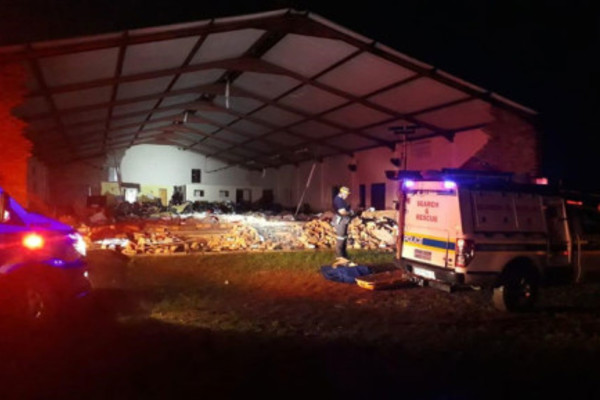 JOHANNESBURG – The Pentecostal Holiness Church has released the names of the 13 people who were killed during a wall collapse outside Empangeni in KwaZulu-Natal.

Congregants had been attending a Passover service when the wall came down on Thursday.

Heavy rainfall in the area had been partly blamed for the reason leading to the collapse.

The leader of the church has thanked the government and political parties for the support they gave the church and affected families.

The Pentecostal Holiness Church said the 13 people who died will be buried next weekend at the King Cetshwayo Municipality and the Zululand District Municipality.

The church said it will be working with the provincial government to arrange the memorial service which will be held on Thursday and the funerals later on.

It said counselling for families and church members will be provided.

The KwaZulu-Natal government said the incident could have been avoided if all the necessary precautions had been taken.

Police have opened an inquest docket and spent several hours at the scene collecting evidence that could help the authorities to understand why the wall collapsed.

Soon after the incident, the Department of Cooperative Governance and Traditional Affairs in KZN said heavy rainfall in parts of the province had contributed to weakening the structure.

But KZN Premier Willies Mchunu’s spokesperson Thami Ngidi said it must now be determined whether the structure met all the building requirements.