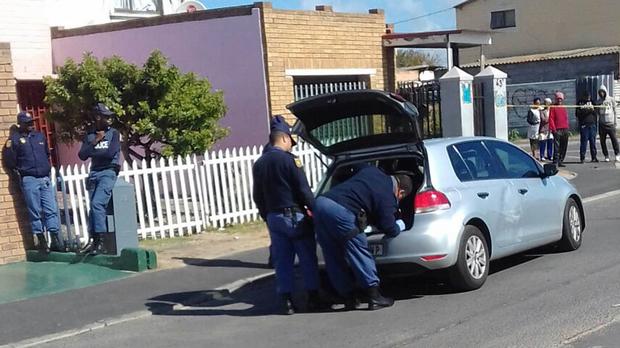 The body of a father of three was found in the boot of his car, which was discovered on a street in Bonteheuwel.

The lifeless body of Paddy Schuller was found just after 12pm in Melkhout Road on Tuesday.

His upper body was in the boot of his silver VW Golf, and his legs on the back seat.

A family friend posted on Facebook that Paddy, from Thornton, was on his way to his mother who lives in Mitchells Plain.

The friend posted that the family had been waiting for Paddy, but he never arrived.

“It was only this afternoon [Tuesday] when police came to give them the bad news they heard what had happened. It is devastating. He had three children, the youngest child being three years old,” the post read.

Ward councillor Angus McKenzie says the circumstances around his death are still unclear.

“The details surrounding an abandoned car and body found inside of it in Melkhout Road remain sketchy,” he says.

“An hour earlier (before the body was found) through our Triangle Project, the vehicle was seen in a secluded area of Bonteheuwel and reported to me. A while later the vehicle was found abandoned with a male occupant inside it,” McKenzie said.

The Daily Voice contacted Marcelle Williams, the mother of Paddy’s three children, but she declined to comment.

Lieutenant-Colonel André Traut confirmed a murder docket has been opened.

“Circumstances surrounding the death of an adult male person are currently being investigated after his body was discovered inside his vehicle in Melkhout Road in Bonteheuwel on Tuesday morning. A murder docket has been registered,” Traut said.