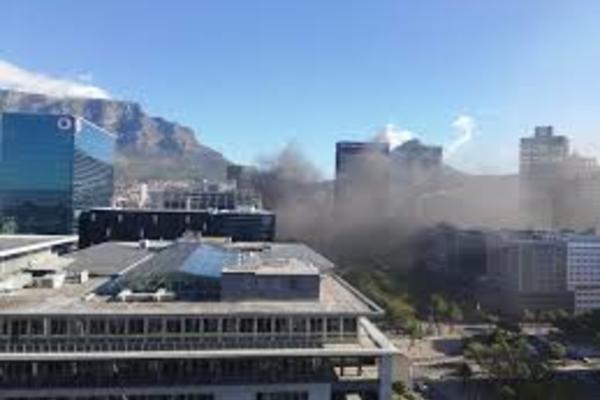 Two trains have been set on fire at Cape Town railway station, causing smoke to cover the CBD. No injuries have been reported as of yet, and it is determined that two trains with five carriages each were set ablaze.

On Sunday, 21 April, at around 15:50, Cape Town's Fire and Rescue Services got a call about a train that has been set on fire. When the team responding to the call arrived on the scene, it became clear that two trains, with five carriages each, have been set alight. The fire resulted in Cape Town's CBD getting shrouded in thick smoke, as reported on by IOL News.

Three fire engines, a rescue vehicle, 19 staff members and one water tanker were dispatched to the scene to fight the fire. celebgossip.co.za gathered that at this time, no injuries have been reported yet, and the cause of the fire is still not established.

The damage of the fire can't be determined yet, but it is believed that it will be a costly incident.