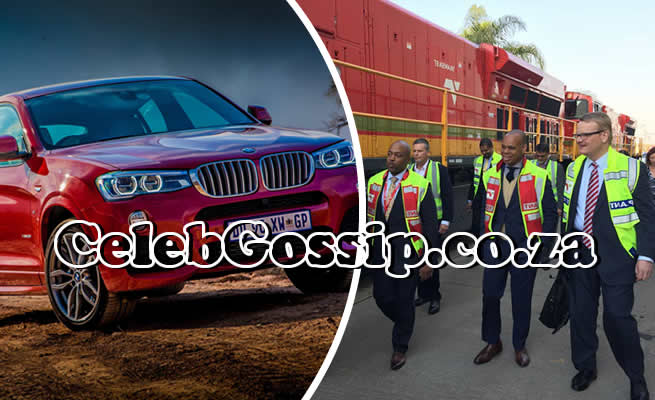 They bought luxury BMWs, Jeeps, Mercedes Benzes, and even houses for cash, and were unable to explain how they managed to afford it.

These are the accoutrements that relatively junior staff at Transnet managed to acquire through the state-owned company, indicating that rampant corruption many not only have been reserved for executives, but extended to lower-level employees who lived beyond their means.

This comes as Transnet plans to reinvestigate a slew of graft scandals, where little action was taken by the previous management and board against those implicated in nine forensic reports.

In early May, Transnet chairperson Popo Molefe and acting group chief executive Tau Morwe are expected to take the stand at the commission of inquiry into state capture to explain the pervasive corruption at the vital state logistics group, which controls the country’s ports and rail network.

With annual revenue of more than R70 billion and vast operational needs, Transnet was a major target of the Gupta-led state capture project as well as other cartels wishing to benefit from lucrative tenders.

Correspondence between the commission investigators and Transnet, which City Press obtained, shows that Molefe and Morwe are expected to shed light on the “horror show” they found at Transnet, including “the high-value tenders/contracts tainted by tender irregularities and where bribes are alleged to have been paid”.

An attached table, titled “Tainted Deals and Kickbacks by supplier: 2012 – 2017”, shows that R8.22 billion in kickbacks were paid on 10 lucrative contracts.

The commission’s investigators have calculated that:

R6.4 billion was paid to Transnet in apparent kickbacks on contracts with China North Rail and China South Rail, which won R24.5 billion of the more than R50 billion tender for the logistics group to procure 1 064 locomotives;

R107.3 million in apparent kickbacks from German software giant SAP to Gupta-linked companies for an almost R1 billion contract with Transnet; and

An additional R506 million in apparent kickbacks paid after

“tainted deals” were concluded with six other companies, including Gupta-owned newspaper The New Age.

Transnet declined to comment on information that would be presented to the commission.

However, the rot at Transnet runs far deeper than the kickbacks for high-value tenders.

A raft of forensic reports compiled between 2015 and 2018, which City Press also obtained, reveals how even junior employees on salaries of R350 000 a year managed to buy BMWs and houses for cash. They also provide insight into how Transnet’s money was wasted by procurement officials on a spending spree using the company’s money.

In response to questions, Transnet spokesperson Molatwane Likhethe said: “Transnet is currently investigating and reviewing a number of contracts as part of its clean-up campaign publicly proclaimed by Morwe. The clean-up is also part of promoting and upholding good governance practice within the organisation.”

A draft internal report, dated February 2018 and detailing R46.1 million in emergency procurement at the Transnet port terminal in Richards Bay, found so many irregularities that investigators performed lifestyle audits on the officials involved.

In one instance, an employee on a salary of R351 000 a year, before tax and deductions, owned five Mercedes-Benzes – including an ML350 and a C class – “none of which were financed; all the vehicles were purchased in cash”.

He was also found to own two houses – one in Richards Bay and the other in Ekurhuleni, Gauteng.

The employee told investigators that he had two wives who had passed away, leaving him with insurance payouts that allowed him to buy the cars and houses. However, the investigators said the employee provided no proof of these payouts.

“He also informed us that when his first wife passed away, he inherited between R500 000 and R600 000. He used some of his inheritance to pay off the rest of his bond,” the report found.

“These issues could be cleared if we receive details regarding the funds [he] inherited from his wives.”

Another employee at the terminal, who earned R1 million a year before tax and deductions, bought “five vehicles in 18 months” in what auditors said were “some red flags regarding his assets”. The vehicles included a luxury Jeep, a BMW F Series, and a high-end motorbike.

“During our interview with [him], he seemed very uncomfortable to discuss his assets. He even stated that he thought that his property was a secret,” the report states.

Another Richards Bay employee, on a gross salary of R566 000 a year, was found to own three homes. He also “purchased three vehicles in 10 months, and none of these vehicles were financed, all were bought in cash,” the report stated.

These vehicles included a BMW sedan and a Volkswagen SUV.

A source in Transnet said the employees had been suspended, but was unable to say whether they had been disciplined or found guilty of any offences.

“We noted many cases where the period between the date of the emergency and the date of the completion of the work is between one and two months, and in some instances, up to five months,” the report found.

It also found that officials did not state reasons for the emergencies, “although it is mandatory to do so”.

“There are instances where the reasons given for the emergencies are vague and insufficient.

“Many emergencies occurred over weekends and on Fridays.”

Another report, dated October 2017, deals with an investigation into the procurement of an industrial washing machine and dryer at the Richards Bay Transnet port terminal. Transnet was paying R250 000 a month to have 1 400 employees’ uniforms washed.

However, investigators found that before signing the contract, Transnet had bought its own washing machine and dryer, also for R250 000, in 2017 but they were too big to fit through the door.

“We noted that the machines will not fit through the standard door. According to the specifications, the washing machine’s width is 910mm and the dryer’s width is 961mm. Also, both the washing machine and dryer require a 60 amp, 380 volts, three-phase power supply to operate. This facility is not equipped with that,” the report found.

In a report dated March 2016, two senior lawyers in Transnet Freight Rail’s legal department were found to be running their own private law firms during company time.

The report found that the two would conduct consultations with private clients then they were supposed to be at work, and would outsource Transnet work to their private practices.

The report revealed that other employees in the legal department also abused their positions and entered into dubious settlements with service providers at a cost of millions of rands to Transnet. Those colleagues who tried to stand in their way were hounded out of the company after spurious disciplinary charges were laid against them.

MORE INVESTIGATIONS ON THE CARDS

Senior Transnet sources told City Press that many of these reports – including the company’s investigation into the 1 064 locomotives tender – would be reinvestigated, after management received whistleblower reports that some senior officials who should have been implicated were let off the hook.

Senior Transnet officials told City Press that the previous board and management failed to act against many of the implicated officials.

However, former Transnet board member Seth Radebe denied that his board ignored some of the forensic reports and allowed corruption to continue under its watch, saying: “We are not aware of some of the reports.”

Do you think anyone will ever be prosecuted for their financial malfeasance or corruption at Transnet?