Home General News HEARTBREAKING: How Nelisiwe Nxumalo found out her taxi driver husband had been... 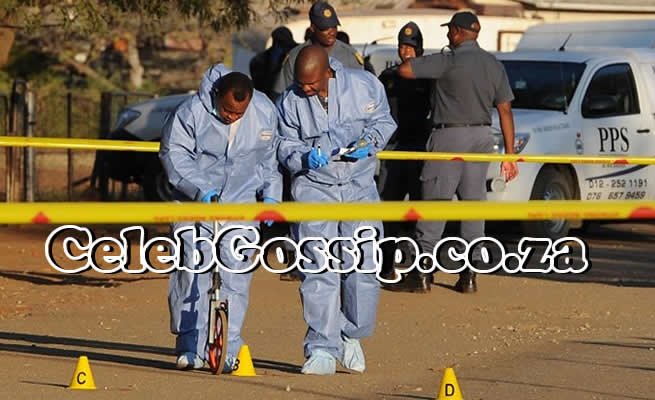 A wife’s search for her missing husband ended with a wrong turn off the N3.

Nelisiwe Nxumalo had been driving thousands of kilometres between her home in Pinetown, Durban, and Mpumalanga in her desperate search when she accidentally took the off-ramp to Ladysmith.

She had been searching since March 23, a day after her husband, Sizwe Ngcobo, had left from Pinetown with a passenger who had asked to be taken to Johannesburg — a lucrative long-distance trip. It was now April 2.

In Ladysmith she asked a local policeman how to get permission to see the CCTV footage at a nearby toll booth in case it showed her husband’s car.

Instead, the policeman gave her potentially bad news. The body of a man had been found near the N3 four days earlier, between Mooi River and Estcourt. It might just be her husband, he warned.

Soon afterwards Nxumalo was able to confirm the bad news.

Ngcobo, a petrol attendant in Pinetown, had taken a second job as a driver for the e-hailing taxi service Bolt last month. The trip would bring in some good money for the couple.

In spite of the extra income that the taxi job would bring, Nxumalo was anxious. She feared something bad could happen to her

husband. On March 22 Ngcobo called his wife to tell her about the Johannesburg trip.

“He kept saying: ‘I am going to Joburg.’ I could sense something was wrong,” she said. When Nxumalo called him early the next day and he did not pick up, she reported him missing to the police. She also decided to take matters into her own hands and began her lone search.

With the help of the car’s owner, they traced the car to Mpumalanga. She set off to find the car, hoping that it would lead to her husband. She found only the car.

She spent the next few days travelling the route her husband might have taken.

“I never lost hope. I kept hoping that I would see him along the route trying to hitchhike back home, back to me. I stopped at every garage and gave them his picture and asked them to call me if they saw him,” she said.

It was during her tireless search of the highways that she found herself in Ladysmith, by accident, and decided on a whim to ask a policeman for help.

She showed him a picture of her husband, but she was really hoping for some official help in obtaining the toll booth’s CCTV footage.

Instead, she was accompanied to the Ladysmith mortuary, where her worst fears were realised.

KwaZulu-Natal police spokesperson Lt Col Thulani Zwane told the Sunday Times that a case of murder had been opened. Soon afterwards police arrested a 20-year-old man, who was charged with Ngcobo’s murder. Zwane said a case of kidnapping and robbery was also being investigated by the Pinetown police.

For now Nxumalo just wants to bury her husband.

“I was told I couldn’t take my husband’s body because they still needed to do DNA testing even though I know it’s him. The worst part is that we don’t know how long it’s going to take, so as a family we can’t even mourn him.”

She wants to know why he was murdered. Even his wedding ring was missing.

Bolt country manager Gareth Taylor said the company was doing everything it could to help the police. He said Bolt was constantly looking to improve driver and passenger safety. This included an emergency button on the app.