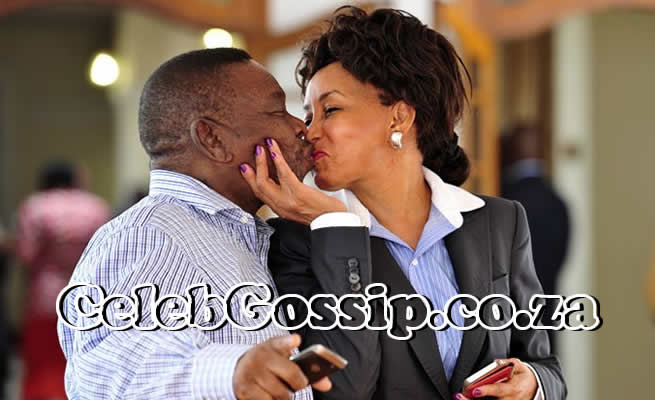 International relations minister Lindiwe Sisulu is being sued by the City of Johannesburg for unpaid water and electricity bills totalling more than half a million rands.

In papers in the high court in Johannesburg, the DA-run city council says an ANC-linked senior official unlawfully cancelled the original debt in 2015, allowing Sisulu to get a tax clearance certificate and sell the house.

The minister says in reply that she arranged for the tenant to be billed directly. She claims it was remiss of the municipality not to alert her that bills were going unpaid or not to “restrict or terminate the electricity supply to the property”.

The minister’s spokesperson, Ndivhuwo Mabaya, said: “The city must recover the money from the tenant. We think they are bringing the minister into this matter for cheap politics.”

Joburg mayor Herman Mashaba said the decision to go to court followed an independent forensic investigation. A municipal source said criminal action was being considered against the former city employee who cancelled the debt.

● The City of Johannesburg has gone to court to compel international relations minister Lindiwe Sisulu to pay R537,000 in water and electricity bills racked up at one of her properties — a house in Bellevue — between 2010 and 2014, while she was minister of human settlements.

The city has filed papers in the high court in Johannesburg. It claims a then senior city official “who is said to have connections to the ANC” illegally cancelled Sisulu’s debt of R285,000 in 2015 — effectively allowing her to get a tax clearance certificate and enabling her to sell her property.

The city was run by the ANC at the time.

The official is not named, but attachments in Sisulu’s responding court papers include a letter from Sisulu’s head of ministerial services at human settlements, Francois Hugo, to then municipal manager and ANC veteran Trevor Fowler, asking him to sort out the problem.

In the letter, dated March 2015, Hugo writes: “Minister Sisulu finds herself being held ransom by the City officials. This case is made worse by the fact that in her current portfolio she cannot be locked in a personal dispute on a matter that ultimately is her political responsibility.”

Sisulu was human settlements minster from May 2014 until February 2018.

The bill is believed to have been run up by a tenant who rented Sisulu’s property. When Sisulu came to sell the property in October 2014, the city demanded she clear the arrears for water and electricity incurred by her tenant, who had not paid since October 2010. Sisulu claims not to have known about the unpaid utilities bills.

The two parties have been bickering over the bill since then, and interest over the five years has driven the debt up to R537,000.

Sisulu, in her responding court papers, claims she had organised for the tenant to be billed directly for water and electricity and that the municipality had never alerted her to the fact that her tenant was not paying the bill. She claims it was remiss of the municipality not to alert her or “restrict or terminate the electricity supply to the property”.

She says in February 2015, Beryl Sisulu, who is her adopted sister and who was acting on her behalf, and Fowler entered into an oral agreement that Sisulu would not have to pay the R285,000 and that the city would pursue the tenant for payment.

Fowler, who now heads the ANC’s Gauteng integrity committee, this week told the Sunday Times he recalled meeting Beryl Sisulu, but did not remember what they had agreed on.

“I will have to go back to the city’s documents. I could not have made any oral agreement as that is illegal. As I said, I can’t recall the details. I will have to request those documents from the city,” Fowler said.

Sisulu, through her spokesperson Ndivhuwo Mabaya, this week confirmed she had been served a summons by the city in January, but denied liability.

“The city signed an agreement with the tenant and they never disconnected the service when the tenant did not pay. They must go and recover the money from the tenant. We think they are bringing the minister into this matter for cheap politics,” Mabaya said.

“Minister Sisulu remains very clear that she does not owe the municipality a cent. The services must be recovered from the tenant, as was the agreement between the city and the tenant.

“The minister was responsible for paying rates and taxes and she paid this until the house was sold.”

Johannesburg mayor Herman Mashaba said in a statement to the Sunday Times that in late 2014, Sisulu sought to sell her property and was obliged to pay outstanding arrears on the property.

“It is alleged that a former senior official within the city’s finance department, who is also said to have connections to the ANC, then issued an unlawful instruction to cancel a portion of the debt owed to the city, in the amount of R285,000. By so doing, the former employee created a credit on the minister’s account at the time of the sale of the property,” said Mashaba.

“As a result of the dishonest conduct of the former city employee, a clearance certificate was fraudulently issued whilst the minister also unduly benefited from the transaction.”

He said following an independent forensic investigation, the city took the decision to begin proceedings to recoup the R537,000 owed to it.

He did not specify how the amount owed had increased from the initial R215,000 in 2015 to R537,000, but a municipal insider close to the case said this was due to interest that had accumulated.

The insider said the city was considering bringing criminal action against the former city employee.